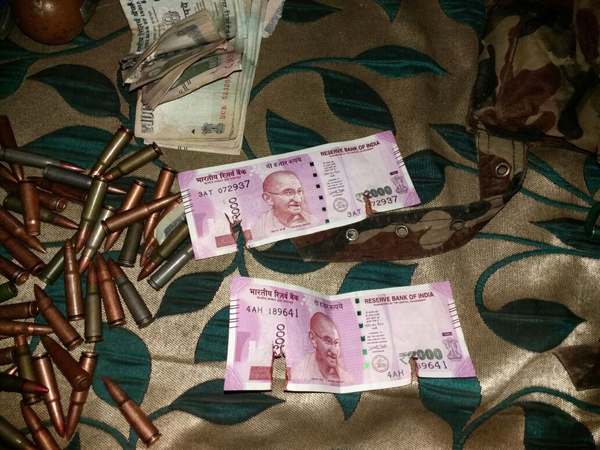 Two terrorists who were killed in an encounter in  Hajjin area of Bandipore district on Tuesday  had  new Indian currency notes of Rs. 2000 denomination  on their person, according to police.

The new Rs 2000 notes  is a bigger stunning fact for the security agencies , indicating it clearly that the terrorists have  been able to lay their hands on the new currency, which it was believed will not  fall in their hands as Pakistan could not print it because of its unique security features . This shows that either these bank notes  were given to them by some locals or these were the part of the currency notes looted from J&K bank branch in Charar-e- Char sharif in Budgam district on Monday.

“ This is alarming ,” said the police officer.  “ We will have to find ways to disconnect them ( terrorists) from the valid currency. But it is difficult task,” he added.

Terrorists moving with the new currency can easily pass off as ordinary persons and recruit the new faces into militancy.