“Be Part Of Solution, Not Political Interruption”: Union Minister Hits Out At Rahul Gandhi 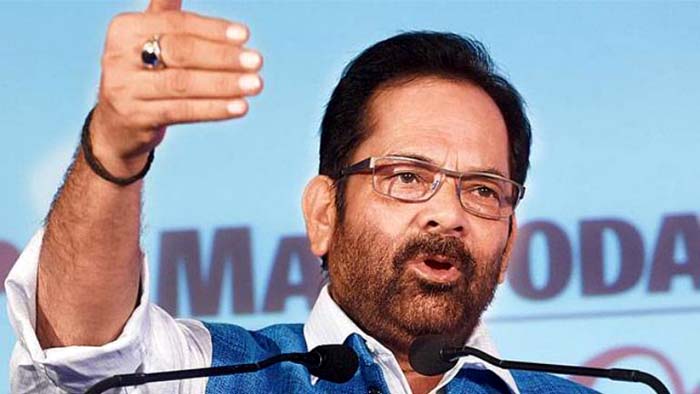 Responding to a question on Mr Gandhi calling the lockdown a failure, Mr Naqvi said the Congress leaders consider themselves experts on subjects they don’t understand.

The Congress has been misleading, misinforming and confusing people amid the fight against the coronavirus pandemic, Union Minister Mukhtar Abbas Naqvi said on Saturday, responding to MP Rahul Gandhi’s “failed lockdown” barb. He said the party wants to spread what he called “political pollution”, and advised them to become part of the solution not interruption.

“The Congress party has become a laboratory of political pollution in this pandemic period. They are misleading, misinforming and confusing people amid the fight against the virus. They don’t want to become part of a solution, but they want to spread political pollution,” Mr Naqvi told NDTV in an interview.

Responding to a question on Mr Gandhi calling the lockdown a failure, Mr Naqvi said the Congress leaders consider themselves experts on subjects they don’t understand.

“When we enforced the lockdown, they said why did we do it. Now they are saying it is not right to ease the lockdown. The problem is that they don’t have an understanding about anything but try to portray themselves as experts, especially the Congress. This is my advice to them: be part of the solution, don’t be part of political interruption,” he said.

When asked about the criticism the centre has been receiving, he said: “Our fight is not against the Congress, it is against the virus. It is to ward off tiddee (locusts) not fissaddi (losers). We will keep fighting the fissaddis (in future) but for now we are fighting the virus.

On the Delhi government’s move to seek public opinion on reserving health services for the residents of the national capital amid the pandemic, Mr Naqvi said there shouldn’t be politics over the issue.

Mr Gandhi, who has been critical of the government’s handling of the pandemic for weeks, on Friday tweeted five graphs that showed how lockdowns in European countries had helped bring down the number of daily cases but in India, the surge remained unabated and the decision to lift the restrictions come at a time when the growth is at an all-time high.

This is what a failed lockdown looks like. pic.twitter.com/eGXpNL6Zhl

The central government had imposed the lockdown, dubbed the world’s biggest, in late March and has extended it several times before announcing a staggered exit starting next Monday. Amid rapidly rising number of coronavirus cases in the country, the government has allowed the opening of malls, restaurants and religious places with precautions from June 8. Intra and inter-state movement of non-containment zone people and goods has also been allowed.

The Health Ministry’s data, however, has shown a dramatic rise in the number COVID-19 cases and deaths in recent days. While the country reported its first 1,000 deaths due to coronavirus in 48 days of the pandemic, now the same number is reported in around four days.