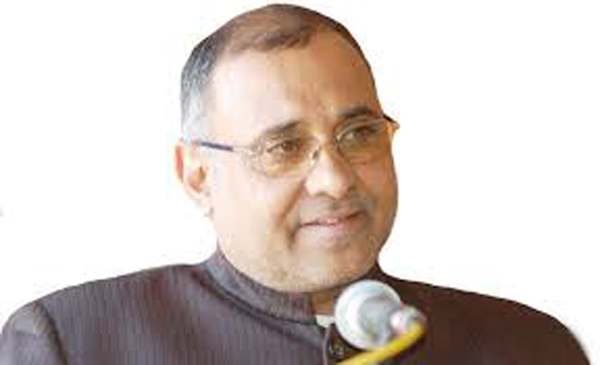 BJP vice-president  and the party leader in charge  in Jammu and  Kashmir Avinash Rai Khanna is likely to be appointed as NHRC member in the next few day, according to a report in Indian Express today.

If he is appointed  , Khanna would be the first political appointee  to the human rights commission.

Sources said the panel met last month to discuss names for the vacant post. “Some other names were also discussed, but his (Khanna’s) name was cleared. There was no dissent,” said a member of the panel, the newspaper said.

Section 3 of the Protection of Human Rights Act, 1993, which deals with the issue of “Constitution of a National Human Rights Commission”, says that only a former Chief Justice of India can be appointed NHRC chairperson.

The four full-time members, as per the Act, should include a former judge of the Supreme Court, a former chief justice of a high court and two others “from amongst persons having knowledge of, or practical experience in, matters relating to human rights”.

“While there is no bar on a political person being appointed to this post, it is certainly highly questionable. This sends a wrong signal. Couldn’t the committee find somebody without political links,” said a former NHRC member who did not want to be named, the newspaper reported in its front page  news.

After his Lok Sabha constituency of Hoshiarpur became a reserved seat, Khanna did not contest the 2009 Lok Sabha elections. The Shiromani Akali Dal-BJP government in Punjab appointed him as a member of the Punjab State Human Rights Commission. However, Khanna quit that post after about 13 months, after he was elected to the Rajya Sabha.

My goal is to serve nation, be ‘Pradhan Sevak’: PM Modi