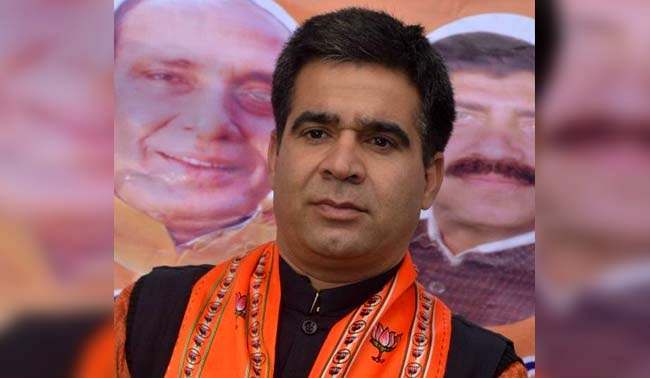 5th August celebrations were thoroughly discussed in the meeting and their preparations were reviewed by Ravinder Raina at party headquarter, Trikuta Nagar, Jammu.

Ravinder Raina, while addressing the meeting instructed all the party leaders to strictly adhere to every single SOPs/guidelines issued by the government and other health agencies while celebrating the 5th August. He requested all the party leaders to avoid gatherings and at the same time prompted them to ensure that all the party activists hoist “Tiranga” at their housetops. On the occasion, he also appealed to the common masses to express their joyous feelings by celebrating the event at their homes by lightening Swadeshi Lights and Diyas.

Raina also disclosed that “Tiranga” will also be hoisted prominently at Kathua and also at Samba and other places of historical relevance, especially those places who remained as the centre of “Praja Parishad Andolan”.

Ashok Kaul, said that the party Morcha leaders will decorate all the Chowks and rotaries within the city as well as outside the city limits throughout the region. He also took stock of all the preparations at the ground level, while also enquiring about the lighting of the district Offices with the Swadeshi lights and Diyas.  He said that as the celebrations will be held at every prominent place by BJP activists, they must ensure measures like Social Distancing etc.