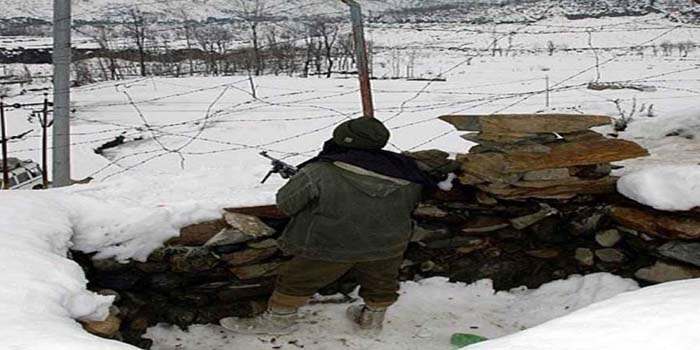 The Border Security Force (BSF) fired warning shots after it detected suspicious movement at the Line of Control (LoC) in Kupwara district of Jammu and Kashmir.

During the intervening night, BSF night patrol party fired some shots in forward posts of the Machil sector. A security official said that after the BSF sentry fired some gunshots there was no retaliation reported so no operation was launched in the area till now.

Searches will be launched once the snowfall stops.
The official added, “BSF’s 169 BN post sentry reported that some warning shots were fired after observing suspicious movement at tower post in Machil. However, no searches couldn’t be carried in the area due to continues heavy snowfall as nearly 2- 3 feet of snow has accumulated in the areas.”