Bukhari condemns the killing of a female teacher 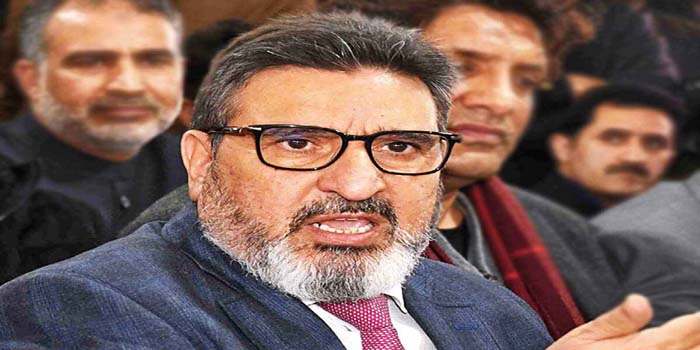 Jammu Kashmir Apni Party (JKAP) President Syed Mohammad Altaf Bukhari has expressed his deep sense of grief over the killing of Rajni Bala, a teacher who was killed by the terrorists in south Kashmir’s Kulgam district on Tuesday morning.

In a statement issued here, Bukhari has termed the killing as a heinous crime by the terrorists. He said, “The targeted killing spree has created havoc and absolute insecurity among the masses. Nobody is able to understand why innocent people are being gunned down. Everyone, irrespective of his or her religious belief and political ideology is frightened in the Valley. Rajni Bala’s killing is the seventh targeted killing in Kashmir in the month of May. Earlier, six innocent people including Kashmir pandit Rahul Bhat and three off-duty policemen were killed in the same manner.”

“How long will this mindless bloodshed continue here, and what would the perpetrators achieve by killing innocent people?” He asked.

He urged the security agencies to nab the killers to ensure they face the justice system.