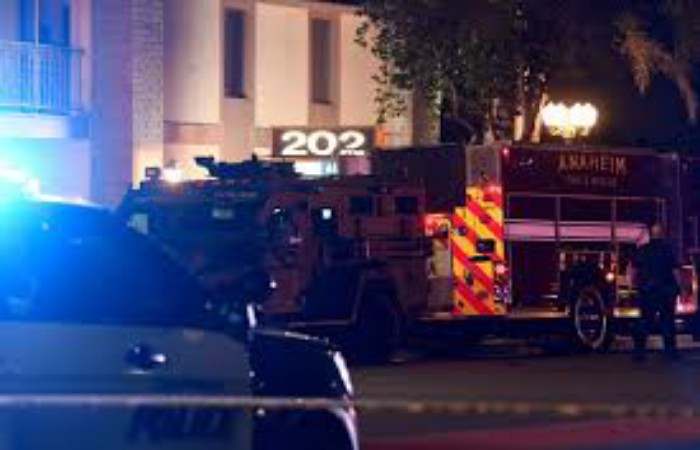 Police say a shooting at a Southern California office building has killed four people, including a child, and the suspected shooter was wounded by police.

It happened at around 5:30 p.m. Wednesday at a two-story office building in Orange.

Police Lt. Jennifer Amat says shots were being fired when officers arrived and officers shot the suspect, who was taken to the hospital in unknown condition.

She says the victims also included one person who was wounded. Other details are unclear, including a motive for the attack.