Can’t allow lives of Muslim women to be ruined by talaq: PM 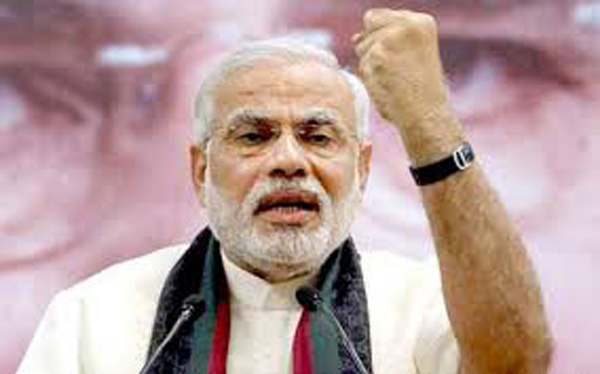 Joining the debate on triple talaq, Prime Minister Narendra Modi today opposed the practice among Muslims and in the same breath he condemned the prevalence of female foeticide in Hindu society.

“Female foeticide is a sin. So what if the sinner is a Hindu. My government has taken a number of steps (to stop this practice). Daughters, mothers, sisters should be protected.

One should not consider religion. Mothers and sisters should be respected. We have raised the issue firmly.

“Now the issue of talaq has come up. Just like if any Hindu commits female foeticide he will have to go to jail, similarly what is the crime of my Muslim sisters that some one says talaq over phone and her life is destroyed,” he said addressing a “Maha Parivartan Rally” here in the Bundelkhand region in poll-bound Uttar Pradesh.

Urging TV news channels to not turn triple talaq into an issue of Hindu versus Muslim or BJP versus other parties, Modi said that in its submission to the Supreme Court, the central government had clearly stated that there should not be any atrocity on women and there should be no discrimination on the basis of religion.

“In democracy, there should be discussion. The government has put forward its position. Those who want to digress from triple talaq are instigating people…in the country, lives of Muslim women cannot be allowed to be ruined by triple talaq,” he said.

In his speech, the Prime Minister asked the audience whether the rights of Muslim women should be protected or not and whether they should get equal rights or not?

“I am surprised that some political parties of the country in their lust for vote bank are hell-bent upon committing injustice to women in the 21st century. What kind of justice is this?

“Politics and elections have their own place but getting Muslim women their rights as per the Constitution is the responsibility of the government and the people of the country,” he said. .