Cashless marriage after toilet is built at groom’s home 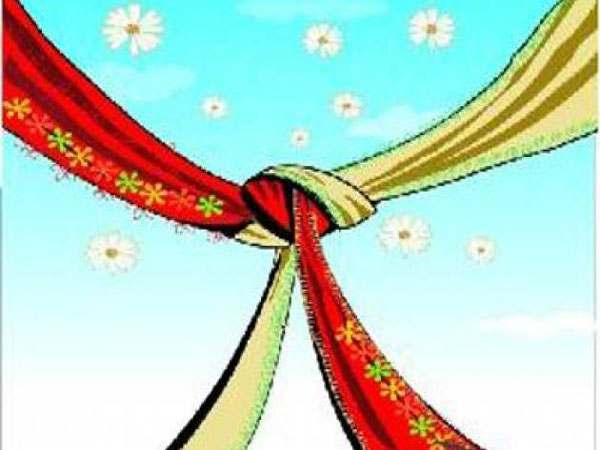 It was a marriage with a difference. A cashless wedding was solemnised at a temple at Badia in East Singhbhum district within hours of a toilet being built at the groom’s house.

Prior to the marriage yesterday, the family members of the bride Sunita, a resident of Itihasa village in Chakradharpur of West Singhbhum district, and the bridegroom Subhash Nayak of Badia village, joined hands and provided voluntary services in the construction of a toilet in Nayak’s home.

The construction work began late on Sunday night and was completed before the marriage was solemnised, said Sanjay Kumar, Deputy Collector in the Chief Minister’s camp office here.

Kumar, who convinced both families to opt for cashless marriage, said all payments for the marriage – from tent house rent to purchase of vegetables, groceries and JEWELLERY – were made without cash.

Even the ‘Dakshina’ (donation) to the priest who performed the marriage and gifts were presented to the couple online or through cheques, he said adding, both families as well as the villagers were happy to be part of the cashless society movement launched across the country.

Kumar said the cashless marriage was presumably first of its kind in the state following the demonetisation move.

A joint account of the couple was also opened instantly and an ATM card was handed over to them after the marriage, Kumar said adding, almost the entire village turned up to witness the unique cashless marriage ceremony.