CCI demands exemption to industries in J&K under GST 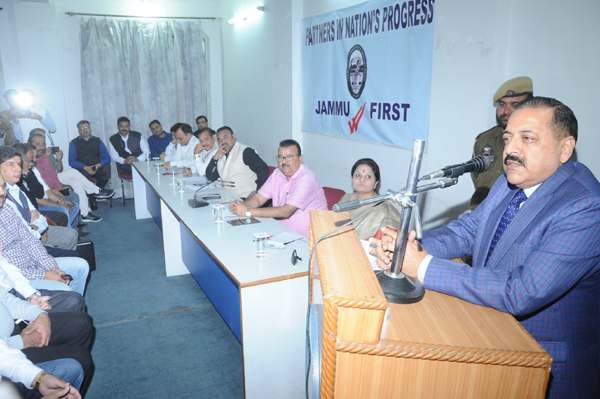 Chamber today submitted a memorandum to Dr. Jitendra Singh, Union Minister of State in PMO Office. Memorandum says that incentives being given to the Industrial units in  J&K should continue in GST regime otherwise already ailing Industrial units in J&K have no option but to shut down forever.

Memorandum also says that a trade policy should be formulated so that 46 per cent of MSME comprises of small and big traders are able to survive the competition from big companies threatening the livelihood of crores of small traders.

CCI has demanded that Union Government should launch a promotion campaign to promote the religious circuit available in Jammu province for the people from all religions which include Shri Mata Vaishno Devi, Shahdra Sharief in Rajouri, Nangali Sahib in Poonch and Budha Amarnath in Mandi (Poonch).

Chamber has also demanded that air connectivity should be strengthened in Jammu. “During winter and in rainy season the road connectivity to many part in Jammu province is badly hit. It is our request that facilities for air connectivity in erstwhile Doda region and Poonch, Rajouri sectors be created and chopper service throughout the year be made available to these areas”, memorandum says.

It has also demanded that work on Hydro electric projects on Chenab river should  expedited. “There is still huge potential for hydro electric project in Chenab Valley which have not been fully taped. We request that new hydro projects and incomplete sanctioned projects be announced and completed”, memorandum says.