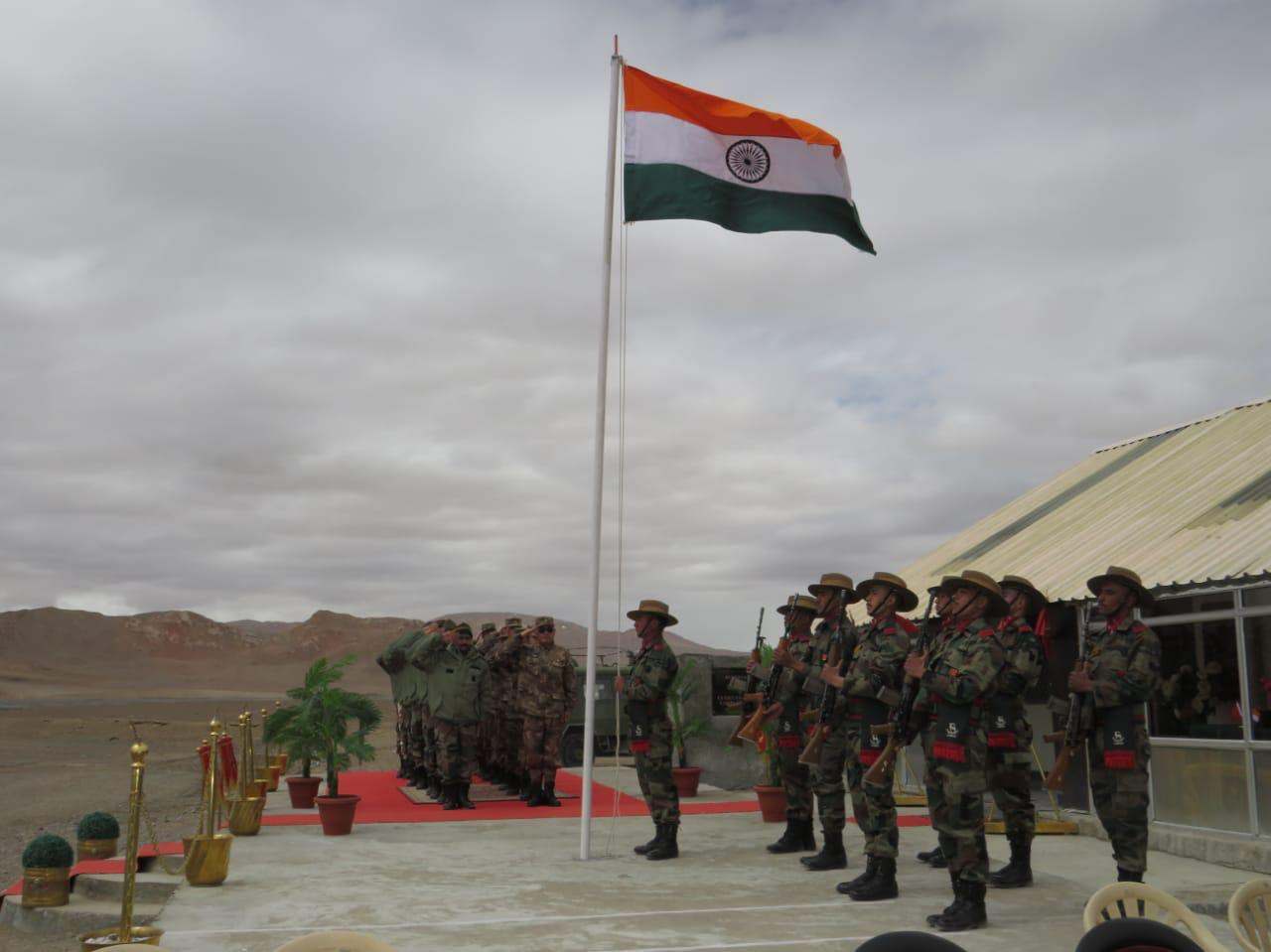 Srinagar, August 15:
A ceremonial Border Personnel Meeting (BPM) on the occasion of “Indian Independence Day” was conducted on 15 Aug 2018 at Indian BPM huts at Chushul-Moldo and DBO-TWD Meeting Points of Eastern Ladakh. The Indian Delegations were led by Brigadier V K Purohit and Colonel Anil Kumar Sharma respectively and Chinese Delegations by Senior Colonel Wang Jun Xian and Lieutenant Colonel Li Ming Ju respectively.
The ceremonial BPM was marked by saluting the National flag of India by both the delegation members. This was followed by the ceremonial address by both Delegation Leaders which included exchange of greetings and vote of thanks and reflected the mutual desire of maintaining and improving relations at functional level at the border. Thereafter, a cultural programme showcasing vibrant Indian culture and traditional grandeur was organized, followed by lunch.
Both the delegations interacted in a free, congenial and cordial environment. The delegations parted amidst feeling of friendship and commitment towards enhancing the existing cordial relations and maintaining peace along the LAC. Both sides also sought to build on the mutual feeling to uphold the treaties and agreements signed between the governments of the two sides to maintain peace and tranquility along the LAC.