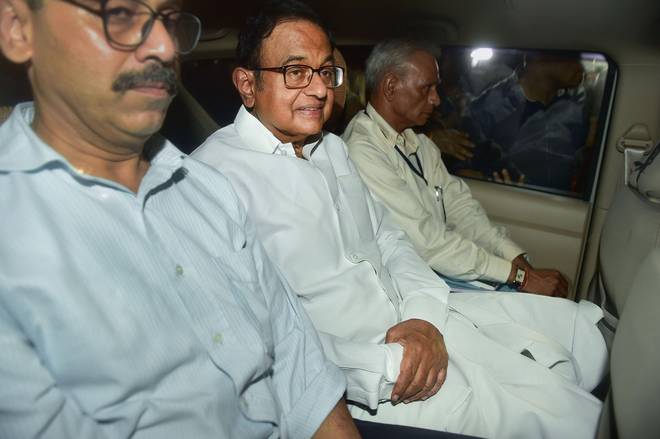 Earlier, the Central Bureau of Investigation or CBI had charged Mr Chidambaram and others with allegedly receiving around 10 lakhs as bribe for clearing foreign investment for INX Media

A chargesheet has been filed against former Union minister P Chidambaram, his son Karti Chidambaram and others in connection with the INX Media money laundering case, said sources in the Enforcement Department, which was handling the case.

Earlier, the Central Bureau of Investigation or CBI had charged Mr Chidambaram and others with allegedly receiving around 10 lakhs as bribe for clearing foreign investment for INX Media.

The agency alleges that in 2007, during his tenure as the finance minister in the UPA government, P Chidambaram had facilitated a huge transfusion of foreign funds to INX Media, then owned by former media baron Peter Mukerjea and his wife Indrani Mukerjea.

His son Karti Chidambaram had received kickbacks for the deal, investigators have said, building their case on the basis of Indrani Mukerjea’s statement.

In August last year, the CBI arrested the former minister after dramatic chase that ended with agency officials scaling the walls of Mr Chidambaram’s south Delhi house in full view of the television cameras.

On October 16, the ED arrested him in a related money-laundering case.

He was granted bail in December after a more than three months’ stay in Delhi’s Tihar jail.

In May 2017, the CBI had filed its case, alleging irregularities in a Foreign Investment Promotion Board clearance granted to the INX Media Group for receiving overseas funds of Rs 305 crore in 2007. Subsequently, the Enforcement Directorate had lodged the money-laundering case.