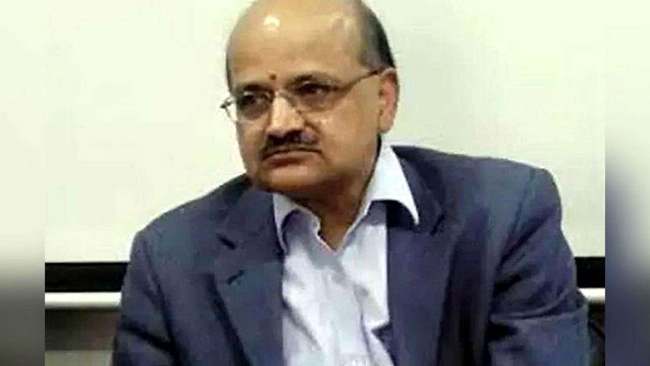 The State Executive Committee (SEC) of the State Disaster Response Fund (SDRF) headed by Chief Secretary, B V R Subrahmanyam Friday took stock of the extensive damages/losses caused due to untimely/unexpected and intense snow fall on 3rd and 4th November, 2018 in the Kashmir division.
Principal Secretary, Home, Principal Secretary, Finance, Commissioner Secretary, Revenue, Commissioner Secretary, PW (R&B) and other senior officers were present in the meeting. Divisional Commissioner, Kashmir and IGP Kashmir participated through video conferencing.
Given the extent of damage to the agriculture and horticulture crops/produce and farm infrastructure due to snow fall of November, 3rd & 4th, the SEC approved notifying the snowfall as a State Specific Special Natural Calamity for the purpose of providing additional relief/assistance to the affected farmers from SDRF. Further, the SEC clarified that the untimely/intense snow fall of Nov 3rd & 4th will be considered a natural calamity within the SDRF guidelines.
It was observed that the early snow fall has not only affected the returns this year but is also likely to affect the returns from the horticulture crops for the next 2-3 years. The existing scale of relief for damaged orchards being quite inadequate, it was considered essential to enhance the scale of relief given as per the extant SDRF norms for the perennial crops.
The SEC accordingly decided to categorize apple as a perennial crop given the fact that it takes many years for fruition. In parallel, SEC approved enhancement of the quantum of relief from Rs 18000/Ha to Rs 36000/Ha for damage to perennial crops like apple. The payment of compensation at enhanced rates will not exceed Rs 4000/affected farmer(s) having land less than one hectare and shall cover sown/planted areas only.
Chief Secretary also directed that Rs 10 Cr should be kept at the disposal of Deputy Commissioners as an immediate measure for disbursement of cash relief among the bonafide affectees as per SDRF norms.
In another important decision aimed at strengthening the district administrations response mechanism to winter vagaries including snowfall and inclement weather, the SEC approved allocation of Rs 28 Crore for procurement of various machines by the PW(R&B) department. These include (i) Rs 16.50 Crore for procurement of three sophisticated Snow Cutter Machines @ Rs 5.50 Cr each (ii) Rs 6 Crore for procurement of 15 Snow Plough Machines @ Rs 40 Lakh each for distribution to various snowfall prone districts including 10 districts of Kashmir Valley, Doda/Bhaderwah, Kishtwar, Ramban/Banihal and Leh and Kargil and (iii) Rs 5.50 Crore for procurement of 22 Bulldozers @ Rs 25 Lakh each for all districts of the State.