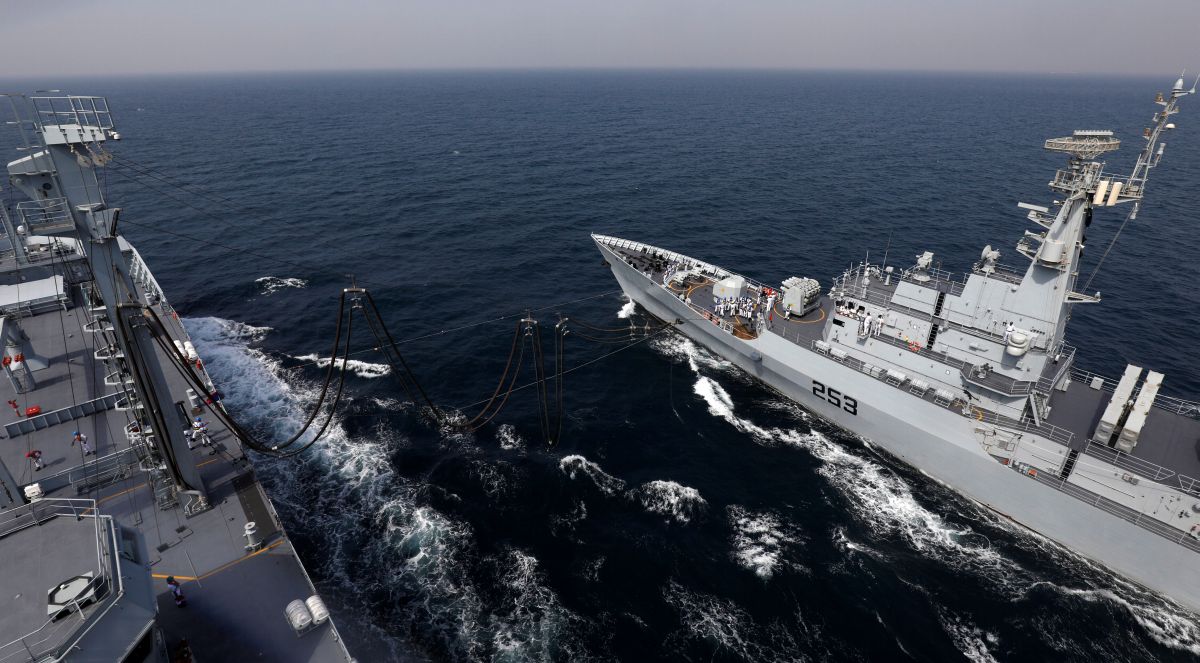 The launching ceremony for the first warship was held at the Hudong Zhonghua Shipyard in Shanghai on Sunday.

China has launched first of the four advanced naval warships it is building for Pakistan, amid deepening economic and defence ties between the two all-weather allies.The launching ceremony for the first warship was held at the Hudong Zhonghua Shipyard in Shanghai on Sunday.

The Type-054 class, equipped with the latest surface, subsurface, anti-air weapons, combat management system and sensors will be one of the technologically advanced surface platforms of the Pakistan Navy fleet, the report said.

Pakistan signed a contract with the China Shipbuilding Trading Company Ltd. (CSTC) for the delivery of two Type-054 A/P frigates in 2017. Last year, the Chinese official media reported that under a major arms deal between the two all-weather allies, China would build four advanced frigates for Pakistan Navy.

The terms of the deal and the price of the ships were not revealed.

The launching of the ship coincided with the 2nd strategic dialogue between Foreign Minister of China Wang Yi and his Pakistani counterpart Shah Mahmood Qureshi held at the Chinese holiday resort of Hainan on August 21.

Meanwhile in Islamabad, Pakistan Foreign Minister Qureshi said on Monday that China and Pakistan were strategic partners. He said the cooperative relationship between Pakistan and China was an answer to objections regarding the ambitious USD 60 billion China-Pakistan Economic Corridor (CPEC).

Addressing the media on his return from China, Qureshi said Pakistan and China were pursuing the project and its pace of implementation would increase and it would benefit the entire region.