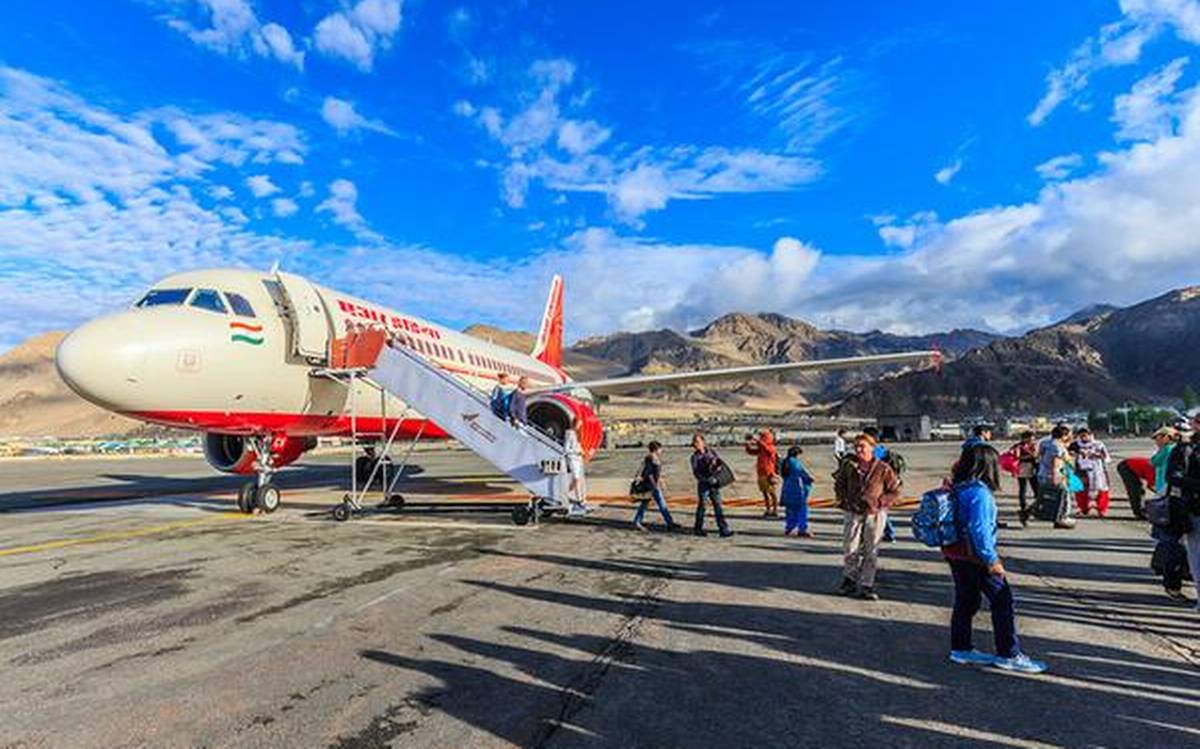 Agencies
New Delhi/Leh, Aug 5
The Central Industrial Security Force (CISF) on Wednesday took over the security of the Leh airport, the country’s highest-altitude commercial aerodrome in the newly created Union Territory of Ladakh.


A contingent of 185 CISF personnel will provide round-the-clock, armed security to the strategic and “hypersensitive” airport, located at 3,256 metres above sea level, a senior officer of the paramilitary force said.

The Kushok Bakula Rimpochee Airport, operated by the Airports Authority of India (AAI), is the 64th civil airport to be brought under the cover of the CISF. It was being guarded by the local police till now.

Ladakh became a UT on October 31 after the central government on August 5 last year revoked the special status given to the erstwhile state of Jammu and Kashmir.

The CISF, the 1.62 lakh personnel strong paramilitary, is designated as the national civil aviation security force.

A formal induction ceremony was held at the airport that was attended by CISF Director General (DG) Rajesh Ranjan, its special DG (airports) M A Ganapathy and airport director Sonam Norbu among others.

Norbu handed over a ceremonial key of the airport to CISF Deputy Commandant and chief airport security officer Sanket Gaikwar, the officer said.

DG Ranjan, the CISF officer said, “emphasised that coordinated efforts are to be made by all government agencies and stakeholders to ensure security of the Leh airport.”

Ranjan also asked his personnel to ensure “zero error” security at the facility.

On Tuesday, he had inaugurated barracks for the CISF personnel who will be posted to guard the facility and he reviewed other operational systems of the airport.

A new passenger terminal is being built here at a cost of Rs 480 crore and is expected to be completed by September next year.

The CISF contingent will provide 24×7 armed cover to the facility and will check passengers while approaching the facility, at the terminal gates followed by comprehensive checks and body frisking ahead of boarding a flight.

The troops are armed with assault rifles like the AK series and the INSAS, and will man the airport perimeter from watch towers erected at vantage positions.

The force has a special aviation security group (ASG) to provide counter-terror cover to the airports and it has similarly taken over the Srinagar and Jammu (Jammu and Kashmir) international airports in February and March respectively.

Handover of the three strategically important and sensitive airports of Srinagar, Jammu and Leh to the CISF was expedited after Jammu and Kashmir Police officer Davinder Singh was arrested from Srinagar in January while he was allegedly ferrying three Hizbul Mujahideen terrorists to Chandigarh.

The Union government has said that CISF will be the only civil airports guarding force and all such facilities in the country will be gradually brought under its command to bolster aviation security and tighten anti-terror and anti-hijack protocols.