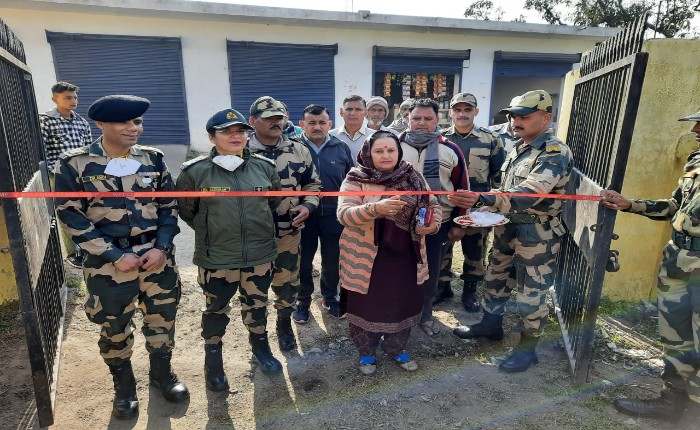 A Civic Action Programme organized by BSF at Govt Middle school Balwal Bharat , BSF BOP Matkula, 152 Bn BSF Jammu, in the series of efforts made by BSF to assist and foster a close bond with the border population.

During the programme 325 civilians from near by border villages were consulted by the team of Doctors, free medicines were also distributed among them.

On this occasion Poli Devi, Sarpanch said that BSF is not only doing its duty on International Border but also conducting such type health camp regulary for Border population which created awarness for health among the border population. She also appreciated for continuous assistance rendered by BSF during the time of need. At the end of programme she thanked the whole team of Doctors and BSF authorities.

New DGs for CRPG and ITBP