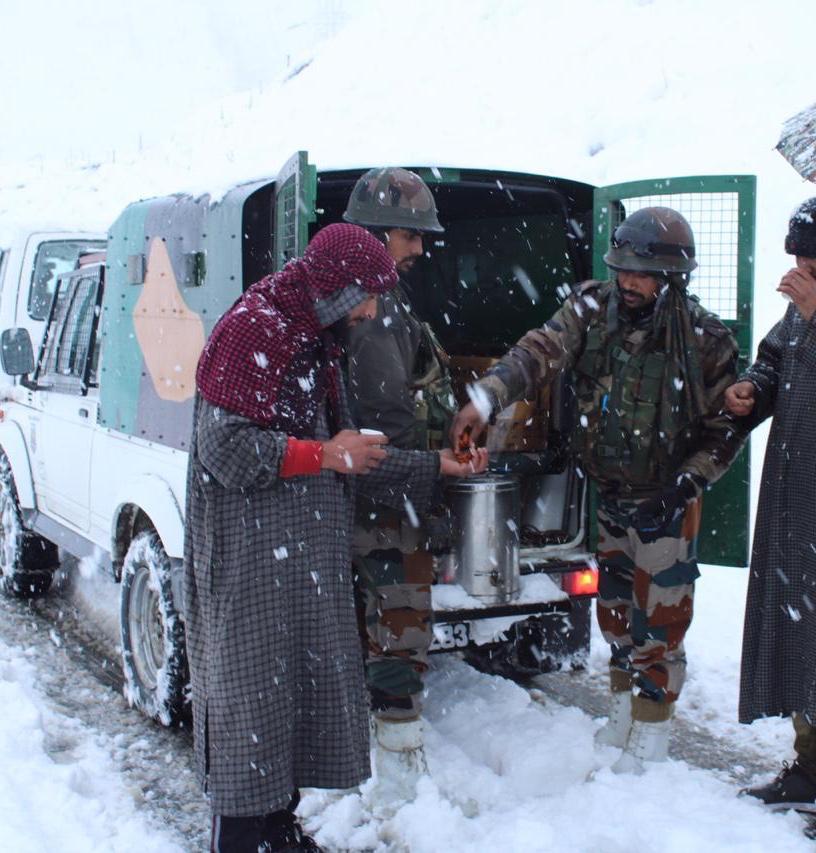 Due to the continuing westerly disturbances, the areas of Sonamarg, Baltal and Nilgrar upto Zojila Pass received heavy snowfall on night of 21-22 November. Since 21 November a large number of loaded trucks and passenger vehicles had moved from Sonamarg towards Zojila Pass. The untimely and heavy snowfall, especially on the higher reaches, resulted in many vehicles skidding off the road and getting stranded in the snow, causing traffic jam at many places. Almost 250-300 trucks and passenger vehicles got stranded near the Zojila Pass.

The traffic jam resulted in a very dangerous situation, wherein approximately 300-350 people, including women and children, were stranded at heights above 11,000 feet  and temperatures at minus 7 degrees. In coordination with the civil administration, Army rescue columns moved in vehicles promptly with aid and administrative assistance to rescue the stranded civilians from the Zojila Pass.

While the Police and GREF personnel got busy with clearing the traffic and snow respectively, the Army columns started providing immediate medical aid and assistance. The stranded vehicles were recovered and organised for moving back. The passengers of the vehicles which were stuck badly were evacuated safely back to Sonamarg town in Army vehicles. Much needed medical assistance, hot food and blankets were provided for the night by the Army. This immediate and pro-active action by the Army was critical in ensuring timely rescue, relief and saving precious lives. The humanitarian assistance provided to the Awam in their hour of need was much appreciated.