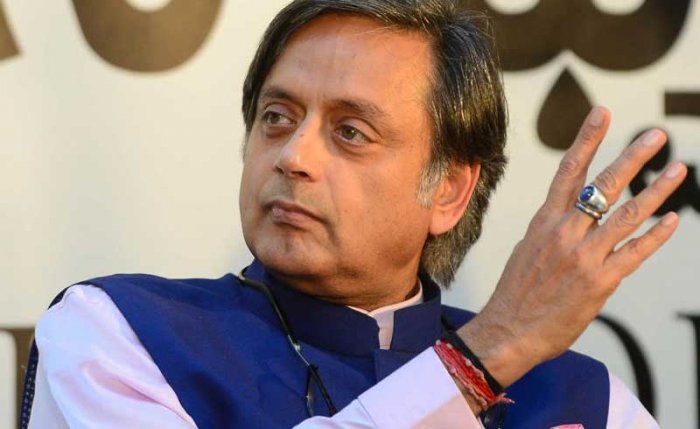 Shashi Tharoor also said that he certainly thinks Rahul Gandhi has the “mettle, capability and aptitude to once again lead the party”.

The Congress must expedite the process of finding a full-term president to arrest the growing public perception that the party is “adrift and rudderless”, senior Congress leader Shashi Tharoor said on Sunday.

Mr Tharoor also said that he certainly thinks Rahul Gandhi has the “mettle, capability and aptitude to once again lead the party”, but if he does not wish to do so then the party must “take action” to elect a new chief.

His comments assume significance as they come just ahead of Sonia Gandhi completing one year as interim chief on August 10, with the party yet to find her successor.

“I certainly believe we should be clear about our leadership going forward. I welcomed Sonia ji’s appointment as interim president last year, but I do believe it’s unfair to her to expect her to carry this burden indefinitely,” Mr Tharoor told PTI in an interview.

“We also need to arrest the growing public perception, fuelled by a dismissive media, that the Congress is adrift and rudderless, incapable of taking up the challenge of a credible national Opposition,” the former Union minister said.

That is precisely what the Congress needs to urgently address by expediting the process of finding a full-term president, through a participatory and democratic process that will offer the winning candidate a legitimate mandate and the credibility that will be indispensable in ushering in much needed organisational and structural revival of the party, Mr Tharoor said.

Asked about growing voices in the Congress that Rahul Gandhi must come back as party chief and if it was the best possible scenerio that he returns, Mr Tharoor said, “Of course, if Rahul Gandhi is ready to resume the leadership, all he has to do is to withdraw his resignation. He was elected to serve till December 2022 and can just pick up the reins again.”

“But if he does not, we have to take action. My own personal view, which as you know I have been advocating for some time now, is that elections to the CWC (Congress Working Committee) and for the post of president would certainly have a number of beneficial outcomes for the party,” Mr Tharoor said.

“Through his activities during this lockdown, whether it has been on the issue of the COVID-19 virus or Chinese transgressions, Rahul Gandhi has without a question and almost single-handedly done a remarkable job in holding the present government accountable for its actions and failures,” he said.

Rahul Gandhi has also displayed tremendous foresight and vision, been a constructive voice that has offered critical inputs and has shown an impressive capability to really understand the aspirations of the people of this country during these challenging times, Mr Tharoor said.

“I hope he will continue doing that, whether as president or in any other capacity of his choosing,” he said.

A reluctant Sonia Gandhi had taken over as interim chief on August 10 last year after Rahul Gandhi resigned taking responsibility for the party’s debacle in the Lok Sabha election.