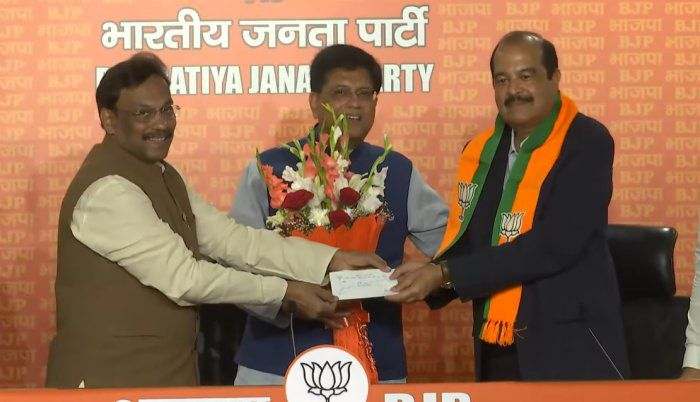 Congress suffered a huge jolt as ita working President Harsh Mahajan joined BJP on Wednesday in presence of Union Minister Piyush Goyal.
Mahajan is a former state Cabinet minister and represented Chamba in the Himachal assembly thrice winning consecutively in 1993, 1998 and 2003.
He had been with the party since 1972.

Mahajan is the son of former Himachal Vidhan Sabha speaker and ex-Cabinet minister Des Raj Mahajan and was also president of the party’s youth wing between 1986 and 1995.