Class exploitation in the times of azaadi 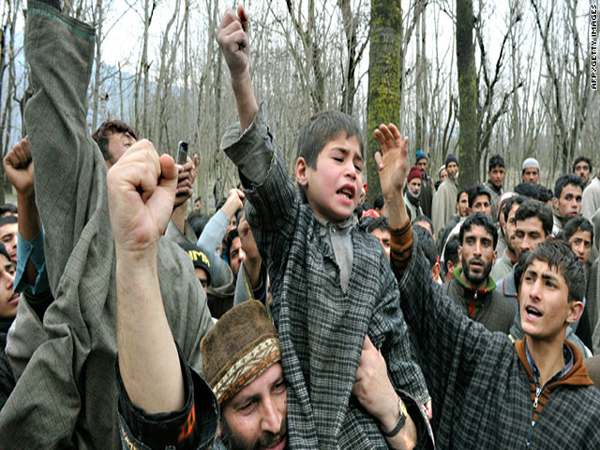 “jis Kashmir ko khoon se seencha woh Kashmir humaara hai.” I have a question here, in fact two. Whose blood and whose Kashmir?

When the history of Kashmir struggle will be written, this movement will be, and should be called, the movement of the proletariat- the lower class. Undoubtedly, the middle and the upper class have had no role to play in it except perhaps ignorant Facebook statuses. In fact our elite have done nothing but damage an already crippled (now blinded) valley. In every society, in every calamity, in every movement, it’s always been the lower strata at the receiving end of things and Kashmir is no exception, with the bourgeoisie raising the flags in their clean right hands, calling for blood which isn’t theirs, of course, while looting the same society with their left hands.

They have deep insights in Azaadi, while they sit in their wood panelled drawing rooms discussing politics, and many such irrelevant things; there favourite topics being: 1. how grand and respectable their khandaan is. 2. India. 3. Pakistan. 4. Hurriyat. 5. Cricket; And of course the real brave hearts -social media warriors, many of them, sitting in their couches in an Indian university or in a foreign one, demanding a rebellion from the less privileged, working class youth in Kashmir, while in reality they, their businesses, their families mercilessly neglect, exploit, loot, or are indifferent towards the same working class of Kashmir, who is sitting unemployed, resourceless, helpless, orphaned, widowed or blind.

In a state with negligible private establishments, negligible private employment, hence government service being the only respite for a lot many, these Darbar move awaiting, chauffeur driven ambassador elites haven’t conducted the PSC examinations in almost three years, one being cancelled since they failed, even after two years, to conduct a proper examination. That being the condition of the state PSC, one can imagine the condition of other offices. Inefficiency and nepotism leading the way. Sufaarish  is obviously mandatory in every department like the half day which is mandatory for their Friday prayers. And how can one not mention government hospitals and government schools-crumbling infrastructure, poor service, underworked, underpaid, understaffed. The bourgeoisie leaders haven’t obviously bothered to improve the infrastructure or upgraded the services or recruited necessary staff in years, since they have the likes of private hospitals Apollo and Max in Delhi for themselves to go to, the elite doctors have their own private practice to focus on, teachers their tuitions, while everything else can go to hell, which it is. Speeding police Gypsies with zero concern about laws or anyone’s safety, muttering obscenities, and chaai being their birthright.

These elite with their striving concern for respectability, usual hypocrisy, along with their buildings, hotels, resorts, houses, which even caused the Jhelum to revolt and flood the city’s capital, since the officers in municipal departments and other fancy named government department have been handing out permission to someone’s cousin or a distant cousin with much enthusiasm and bribes, with the fancy ministers of such fancy departments coming for the inaugurations and the Wazwaan.

One can rebut by bringing in the argument of the various donation camps put out during curfew, fee waiving, backbreaking service by doctors and ambulances but all this seems like a ripple in an ocean. Or one can bring in the age old argument of this system being prevalent everywhere, which is indeed true at least for the subcontinent. But a land sacrificing its sons, its security and sanity, and stifled under home arrest since years now, this class exploitation as pointed out by Marx and Engels decades ago is starkly visible in such a land claiming to be a land of martyrs.

So let’s again ask the question. Whose Kashmir? Statistically, how many of the buried, disappeared, blinded or the stone pelters are from the upper class of Kashmir? Why this glaring class difference in this revolution termed to be of all? Their resistance consists of elaborate speeches and discussions and facebook shares, while the under-privileged half is getting itself killed and handicapped. We seek freedom from India, viewing it as a cruel, pseudo democratic, communal country, but are we any different? We are what we hate, we are what we seek azaadi from.

In the end , whatever we write, whatever we say, would it matter? This would hardly reach the ones its meant for, ironically being read by the ones it stands against, who are obviously disagreeing with absolute superiority, with every word. This article and this paper would be tomorrow’s trash like all the others before it. Would anyone even care? Would anything be done about it? Well, when the death/disappearance/blindness of so many people hasn’t changed anything, what would an article do. So the answer to all these questions is probably a big NO.