The Rare Right to Walk on the Road 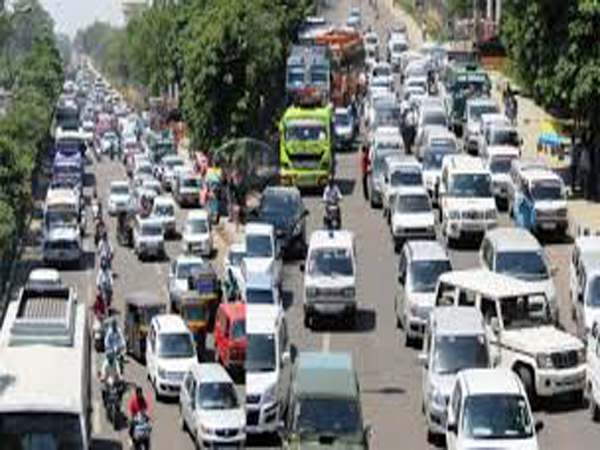 Resting exquisitely in the lap of Himalayas under the stunning shining sky, Jammu is an alluring destination ideal for city walks. Despite that, the right to walk on roads is increasingly being snatched from the people. The snatcher, beyond doubt, is the ubiquitous  and obstreperous traffic on the once placid roads of the state.

With 6 lakh vehicles moving in a diameter of 6 kilometres and infestation of 10,000 vehicles per kilometre in place of the current capacity of 1000 vehicles, Jammu is bursting at the seams. Omnipresent parking on the roads, often on both sides, has led to further shrinking of the pedestrian space making walking on the streets an immutable existential threat. Consequently, the iconic roads of Jammu, where people used to delightfully indulge in strolls have turned into an absolute nightmare for the passers-by.

As if the inconvenience caused was not enough, air as well as noise pollution compound the misery. Matadors plying on narrow streets play music so loudly that the shrill notes possess the potential to pierce the ears of ramblers any day. What’s more, these matadors blow hair-raising horns to scare wayfarer away and even wallow in ghastly racing thereby forcing people to stay off roads. “Matadors stop anywhere and anytime at will which can prove to be utterly dangerous for other commuters” says Mrs. Satnam Kaur, a local business woman.

Such vehicular traffic going haywire is indeed turning out to be a true menace for the peace-loving people of Jammu. Forget about walking on main roads, people have lost the right to even walk in their own lanes owing to round-the-clock presence of  fleet of vehicles. “Since the road to Green-belt area has been closed, all the traffic gets diverted in our already narrow residential lanes. The constant movement of oil tankers, buses, army trucks and other commercial vehicles has taken away the right to even safely step out of our homes. Such is the plight that nowadays walks even in own gardens and courtyards also is amid the constant din of vehicles as well as under the peering eyes of boarders of heavy-weight vehicles” says Amrita, a resident of Gandhi Nagar.

The equation is alarmingly turning out to be inversely proportional as far as the number of vehicles and number of pedestrians on roads is concerned. The reason being the ill-fate that dawns upon the pedestrians if they risk to pursue the love for walking. Thousands have lost their lives but the concerned authorities continue to turn a blind eye.

It is high time that the authorities shoulder the responsibility of re-granting citizens their right to walk on roads by engaging in narrowing of roads, undertaking traffic regulation with the objective of facilitating smooth flow of the same rather than seeing it as an opportunity of filling government exchequer by penalizing as many people as possible and by keeping a check on encroachment of footpaths by shopkeepers as well as street vendors. These steps are urgently required on the part of the authorities so that citizens can dare to take atleast few steps on the roads, if not far, adjacent to their abodes!