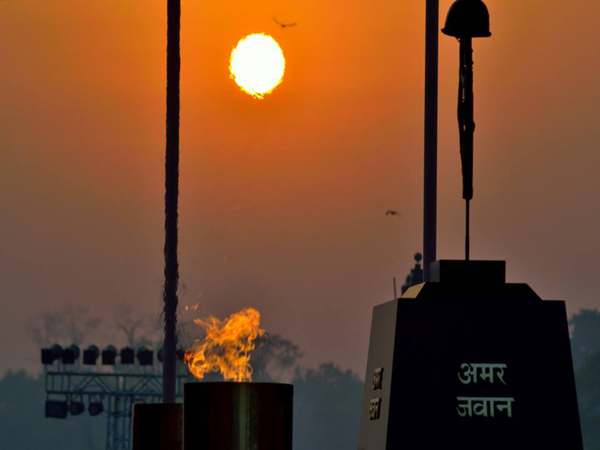 There comes the distressing news of attack on our rock-ribbed heroes followed by the heart-rending account of them attaining martyrdom while fighting with fortitude and yet again a sense of déjà vu prevails. ‘Uri’ was still not forgotten and regrettably ‘Nagrota’ happens and all wounds open again! There is nothing new under the sun – whether it be the chosen guild of victims, militant’s modus operandi or our incapacity to provide succour to the gallant sons of the soil.

Scores of soldiers are killed in such ghastly attacks many injured, we condemn the vicious attack but in a few days all is forgotten, until the next attack, which we again lambaste as “a terrorist attack” even though it is certainly not a terrorist attack as the zealots can never ever succeed in begetting terror among our lionhearted soldiers, and the country can be rest assured that our soldiers will let none prod with the pride of our motherland even if it means paying with their lives.

They continue to make supreme sacrifices in the prime of their lives and we do nothing concrete to put balm on the aggrieved souls. The doughty and mighty armed forces, as it always has been, are ready for action but what calibrated manoeuvres are to be employed need to be deliberated at the tripartite strategic military, political and diplomatic levels. Withal, do we continue to let our heroes go down the blaze of glory until the rubik’s cube gets solved?

Undoubtedly, our forces are well-trained and well-led, but they could be better equipped to react well if not to prevent or pre-empt such attacks for the time being. Light weight modular bullet proof jackets coupled with proper ballistic helmets are the bare minimum for the daredevils for whom life has become a sustained battlefield. We are failing our paragons time and again and still they never fail to fail us! It is high time we give our saviours their due and convey to them that the country indeed cares for them.

The abundance of valour calls for atleast some amount of armour. Let us now think about the safety of those for whom our security is pre-eminent. Lets resolve to have no more old mournful eyes filled with tears, no new-borns who learn to walk sans their fathers, no wives left inconsolable for life and no sisters weeping in fond memory of protective wrists of their brothers that ceased to be! It’s time we assure that our soldiers return not in boxes and on shoulders but as triumphant ecstatic higher ranks-holders.