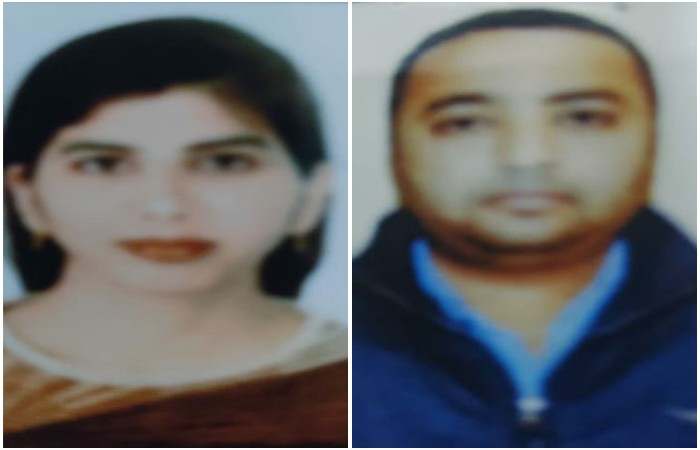 Crime Branch Jammu produced charge-sheet against accused- Rajan Bakshi S/O Prem Bakshi and his wife Rupinder Kour Bakshi both residents of H. No. 243 Sector 2 Channi Himmat, Jammu at present H. No. 400 Sector C Sainik Colony, Jammu in case FIR No. 34/2018 u/s 420,201,120-B RPC for their involvement in dishonestly inducing the complainant and duping him of Rs 18 lacs on the pretext of entering into an agreement to sell 2 Kanals of land at village Gazian R.S Pura District Jammu. The charge-sheet has been produced before the Hon’ble Court of Electricity Magistrate, Jammu for judicial determination.

A written complaint was lodged by Ms. Renu Bala D/O Chajju Ram R/O Lower Muthi, Roop Nagar Jammu in Crime Branch Jammu wherein she had alleged that the above accused persons after conspiring with each other offered and dishonestly induced the her (complainant) to purchase land for which they entered into an agreement to sell and  to pay Rs. 18.00 lacs and assured that they would arrange all the documents for executing the sale deed in favour of the complainant in respect of the said land within a short period of time. Thereafter, the complainant came to know that the land agreed to be sold to the complainant by the accused person belongs to someone else and the accused persons prepared fake & false documents with the help of some revenue officials and cheated the complainant of her hard earned money.

A preliminary verification was initiated by the Crime Branch, Jammu and the allegations were prima facie substantiated against the accused, leading to registration of instant criminal case for in-depth investigation under the relevant sections of law.   During investigation it was found that the said land as per the revenue records is not in the name of accused and the documents pertaining to agreement to sell, partnership deed and compromise deed have fraudulently been prepared to cheat the complainant so as to take huge amount from the complainant with criminal intention. Hence, offence u/s 420, 201,120-B/RPC have been established and proved against accused for hatching criminal conspiracy and cheating the complainant.