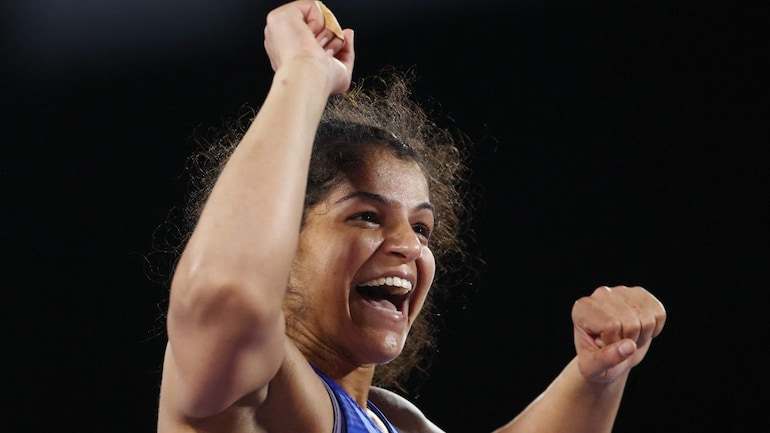 6 Indian wrestlers competed on the opening day of the competition at the Commonwealth Games 2022 and all 6 of them won medals. Olympic medalists Bajrang Punia and Sakshi Malik along with young Deepak Punia won Gold medals while Anshu Malik won Silver.

4 wrestlers, including Tokyo Olympics silver medalist Ravi Kumar Dahiya and Vinesh Phogat, will be in action on Saturday, the second and final day of the wrestling competition in Birmingham.

Deepak Punia (86kg) stole the show as the 23-year-old Indian wrestler, who had missed a bronze in the Tokyo Olympics by a whisker, defeated 2-time gold medalist Muhammad Imam of Pakistan in the final to win his maiden Gold medal at the Commonwealth Games.

Bajrang Punia won his 3rd CWG medal and his second successive Gold medal in the men’s 65kg competition. Such was Bajrang’s dominance that he conceded only 2 poins throughout his 4 matches en route to the top step of the podium in Birmingham.

Canada’s Lachlan Maurice McNeil fought well against Bajrang but the Indian was far superior in technique and stamina as he won the bout 9-2.

Bajrang has been struggling to play freely since last year and his over defensive tactics put a question-mark over his ability to extend his dominance in international arena but on Friday he made his moves without inhibition.

Sakshi Malik was emotional as the Indian national anthem played at the Birmingham wrestling arena. The Rio Olympics bronze medalist had been going through a difficult period as she failed to make the Tokyo Games and was also removed from the Target Olympic Podium (TOPS) scheme.

However, she won her maiden Commonwealth Games Gold on Friday in the women’s 62kg.

She began by pinning home team wrestler Kelsey Barnes and followed that with a technical superiority win against Cameroon’s Berthe Emilienne.

In the final against Ana Paula Godinez Gonzalez, Sakshi trailed 0-4 after the Canadian scored on counter-attack. Sakshi’s right leg attack got wrong as she lost position, allowing her rival to complete a takedown move.

The U-23 World champion affected another takedown to go into the break with a 4-0 lead.