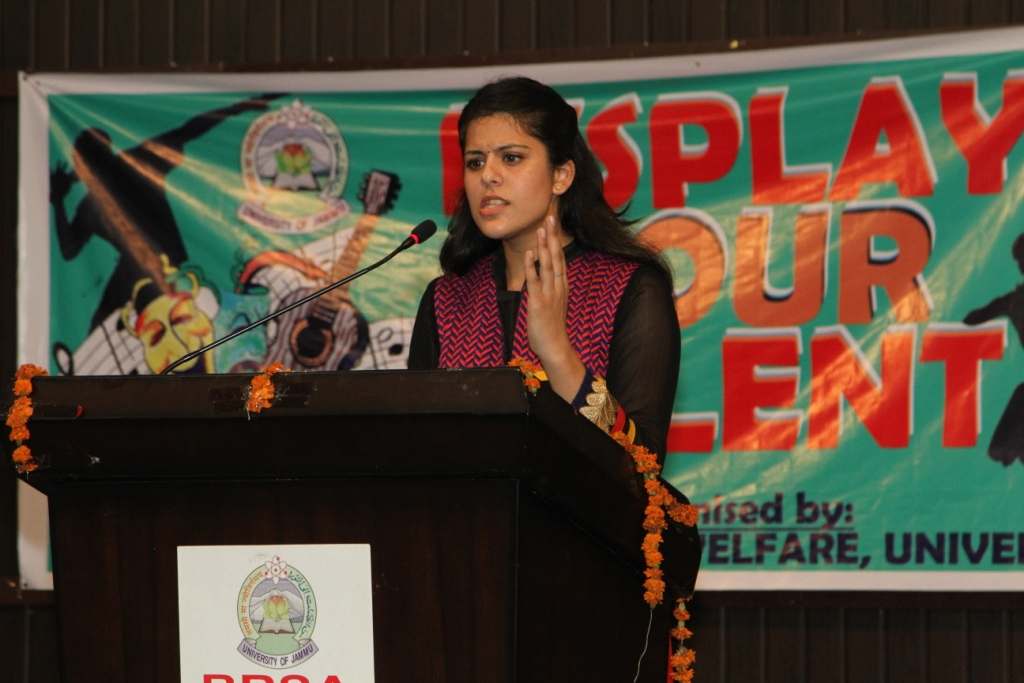 Ramneet Kour from Department of English, JU, Shivika Thakur from Govt. College for Women, Gandhi Nagar and Animesh Tiwari from SPMR college of Commerce were declared First, Second and Third respectively. Certificate of Merit was awarded to Sanchit Raina from Govt. MAM College. The topic for the debate was ‘In India it takes a degree of privilege to be a serious competitor in sports and hence Rio-2016’. Anubhav Mathur and Jagdish Chander were the Judges and Garima Gupta was the Teacher In-Charge of the event.