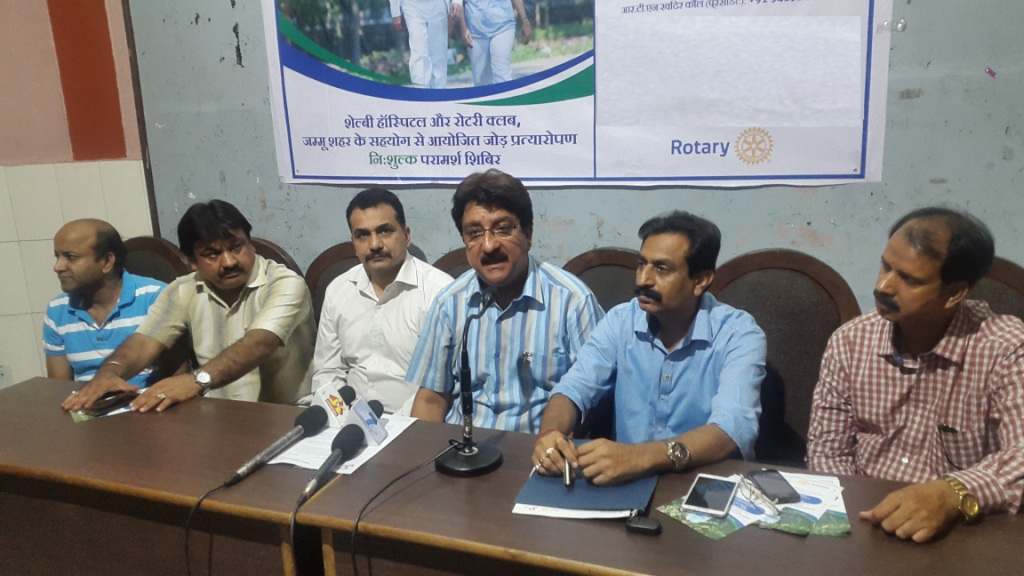 JAMMU, October 1: Rotary Club of Jammu City held a Press Conference here today in which details regarding the Free Joint Replacement Consultation Camp being organized by the Club were shared with members of the media. The Mega Medical Camp is being organized on the occasion of the 147th birth anniversary of Mahatma Gandhi, the Father of the Nation. This free medical camp is being organized for the people of Jammu in association with Shalby Hospitals, a multi-specialty Hospital from Ahmedabad, and the management of Alexander Memorial School. The Camp will be held at Alexander Memorial School (near McDonalds), Residency Road, Jammu on October 2, 2016 from 10 am to 3 pm.

Addressing the press conference, Ravinder Kaul, President said that on realizing that Knee and Hip problems are becoming very common these days in our society,  members of Rotary  Club of Jammu City decided to hold this camp where patients from all sections of society will be given free consultancy regarding their problems related to joint replacement. Nidhan Diagnostics Jammu will also be holding Free Diabetes Check-up at the Camp.

Rtn. Sandeep Beri, Rtn. Sanjay Bansal and Rtn. Arun Ninawat from the Club Committee for Health Services, under the Chairmanship of Rtn Sanjeev Vaid, are making untiring effort to make this project a success and useful for the people of Jammu and adjoining areas. Mrs. Esther William, Principal, Alexander Memorial School, Jammu has been kind enough to offer her School premises for holding this Camp and pledged cooperation from all staff members of the School. Member students of Interact Club of Alexander School (an affiliate with Rotary Club of Jammu City) will be assisting the entire camp.