Deepika Padukone on Katrina Kaif and Anushka Sharma’s Koffee With Karan episode: I wish them all the best 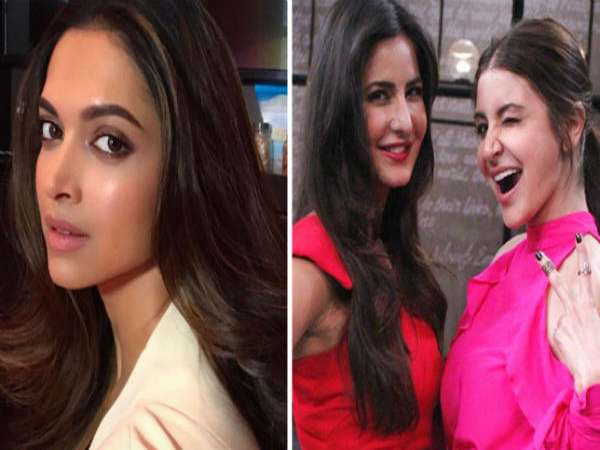 Recently Katrina Kaif and Anushka Sharma graced the couch with their presence on the Christmas episode of Koffee With Karan season five. In one of the segment both of them were asked, if they consider Deepika Padukone as a good friend and their response by not kissing Arjun Kapoor’s cheeks said it all. While everyone was thinking about how would Deepika react to the episode, turns out she did and she really liked it. “these girls were on fire!what a fun episode…,” she wrote on Twitter. Well not just that recently she further reacted to the same episode and said, “Sometimes you may feel a certain way about ppl & they may not feel that about you & that’s okay.” Not just this, she went ahead and wished both her colleagues all the best, she said, “I wish them (Katrina Kaif and Anushka Sharma) all the best.”

On the work front Deepika Padukone will next be seen making her Hollywood debut along side Vin Diesel in xXx: Return Of Xander Cage. The film which is slated for a January 20, 2017 release at North American box office, will see January 14 release in India. This may be due to the fact that on January 25, 2017, just five days later the previous release date of the film, two of the biggest Bollywood films – Shah Rukh Khan’s Raees and Hrithik Roshan’s Kaabil are to hit theatres. After her big Hollywood debut, she’ll be next seen in Sanjay Leela Bhansali’s period drama Padmavati, based on the life of Rani Padmavati, Raja Ratan Singh and Alauddin Khilji. The film stars Deepika Padukone, Shahid Kapoor and Ranveer Singh in the lead role and is slated for a November 2017 release.

Katrina Kaif on the hand, after a disastrous 2016, will be seen in long in making Jagga Jasoos, alongside Ranbir Kapoor and later in the sequel to 2012 blockbuster, called Tiger Zinda Hai, with Salman Khan.