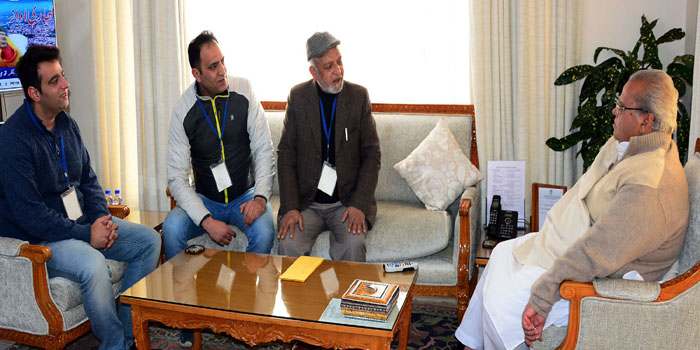 The delegation apprised the Governor about some local issues of public importance and sought their early redressal.  The issues which the delegation raised included construction of flood protection bund at Nallah Vishwa from Shalimar Khudwani to Bonapora, development of public park near main bridge at Khudwani, opening of extension counter of J&K Bank with ATM facility in the premises of SKUAST, Khudwani and start of Home Science College in SKUAST, Khudwani which has already been approved by the government.

Governor observed that their demands would be looked into and due consideration would be given for their early redressal.