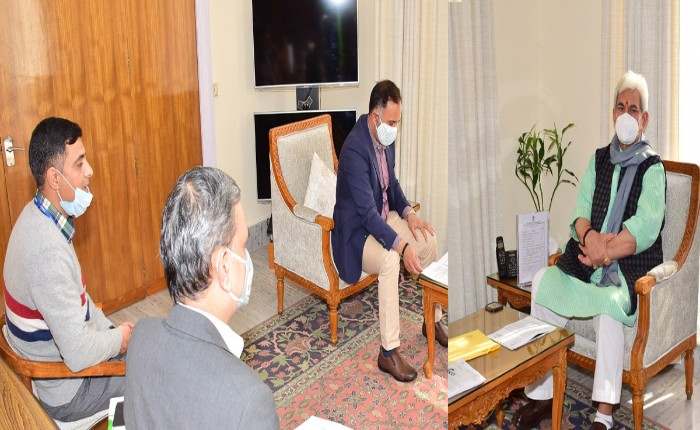 The office-bearers of FICCI J&K Council comprising its Chairman, Irfan Ahmed Guju and Co-Chairman, Rajesh Sharma submitted a roadmap for the promotion of economic activities in J&K and proposed several measures including the formulation of One District One Product (ODOP) scheme for the identified products of various districts; organizing physical/ virtual fairs on FICCI platform; conducting design intervention workshops for the entrepreneurs and businesses as per requirements; holding J&K Film Makers meet and GI Integration Products Summit.

They also made suggestions for organizing J&K Bird Watchers conclave for promoting UT as a fast emerging eco-tourism destination; Youth sensitization programme in sports and entertainment sectors; J&K IT Conclave and J&K Innovation Growth programme in line with the government’s vision of ‘Startup India, Standup India’.

While interacting with the members of the delegation, the Lt Governor reiterated the Government’s commitment for the promotion of the business sector in J&K.

The Lt Governor assured the members of the delegation that the proposals made by them during the interaction would be looked into meticulously.