Did Ajay Devgn just HIT BACK at Karan Johar for making explosive statements against Kajol? 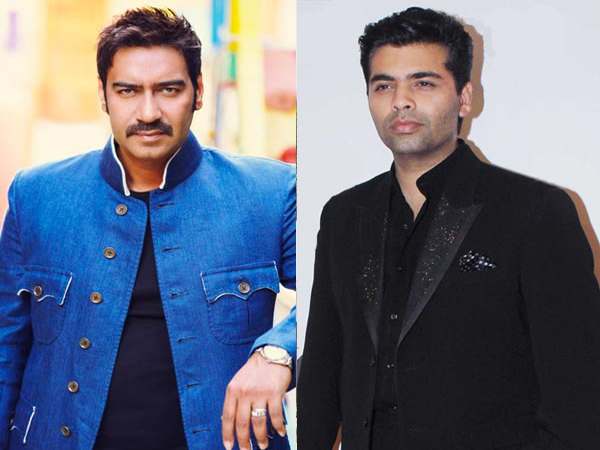 Here’s how Ajay Devgn has reacted to Karan Johar’s statements about Kajol….

This seems to be getting really ugly now. While it’s unfortunate that Karan Johar and Kajol have tragically ended their 25 years of friendship. What’s even worse is the fact how a brutally honest Karan even decided to rant about this fallout through his book, An Unsuitable Boy – an excerpt of which reads, “Things were said, crazy accusations were made against me, that I had bribed someone to sabotage her husband’s(Ajay Devgn) film. I can’t even say that I was hurt or pained by it. I just wanted to blank it out. When she reacted to the whole situation and put out a tweet saying, ‘Shocked!’ that’s when I knew it was completely over for me. I wouldn’t like to give a piece of myself to her at all because she’s killed every bit of emotion I had for her for twenty-five years. I don’t think she deserves me. I feel nothing for her any more.” I mean, we still can’t believe things have got so sour between the two.

Although Ajay hasn’t picked on Karan directly as of now but his latest tweet definitely suggests he’s read Karan’s excerpts and is pretty much affected by Karan’s statements. Taking up to Twitter this morning, he wrote, “Request:- pls stop printing old interviews. Answers are dependent on time remember ?” Now this could either be for the press to stop spreading his older interviews or for Karan given that he’s referred to the KRK scandal that happened during Ae Dil Hai Mushkil Vs Shivaay clash. Or wait, is Ajay trying to say he didn’t mean everything that he felt/said about Karan Johar in the past?

The last we heard Ajay talking about Karan was back in 2016 when he had said, ““We have our issues and that’s strictly personal, and nothing professional. Those are personal issues and I don’t want to talk about it,” Ajay had said in an interview, back in October 2016.” What are your thoughts? Tell us in the comments below and keep watching

this space for more updates on this hot story.