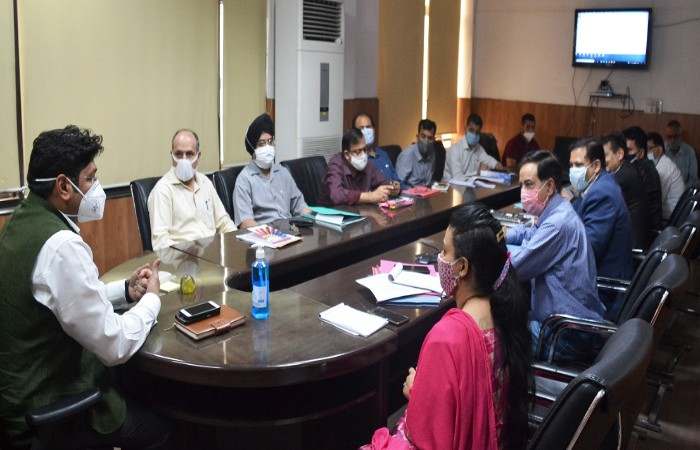 Divisional Commissioner Jammu, Dr. Raghav Langer today reviewed Development projects being implemented by the key line departments in all the districts of Jammu Division, here at a meeting of concerned officers.

The concerned Chief Engineers gave power point presentations and briefed the chair about the executed projects, work achievements, progress made on each projects of their respective departments. The concerned officers also apprised the Divisional Commissioner about the bottlenecks being faced in way of execution.

The Divisional Commissioner instructed the officers to maintain inter department coordination which is key for expediting development.
He also directed the concerned officers to expedite the work progress and timely submit project wise progress reports for resolving issues, if any. He also instructed to ensure projects facing any bottlenecks are addressed on priority.

“Development results should seen on ground with positive changes instead of papers only” the Div Com said. He also directed the concerned officers to complete all implemented projects within fixed timeline.