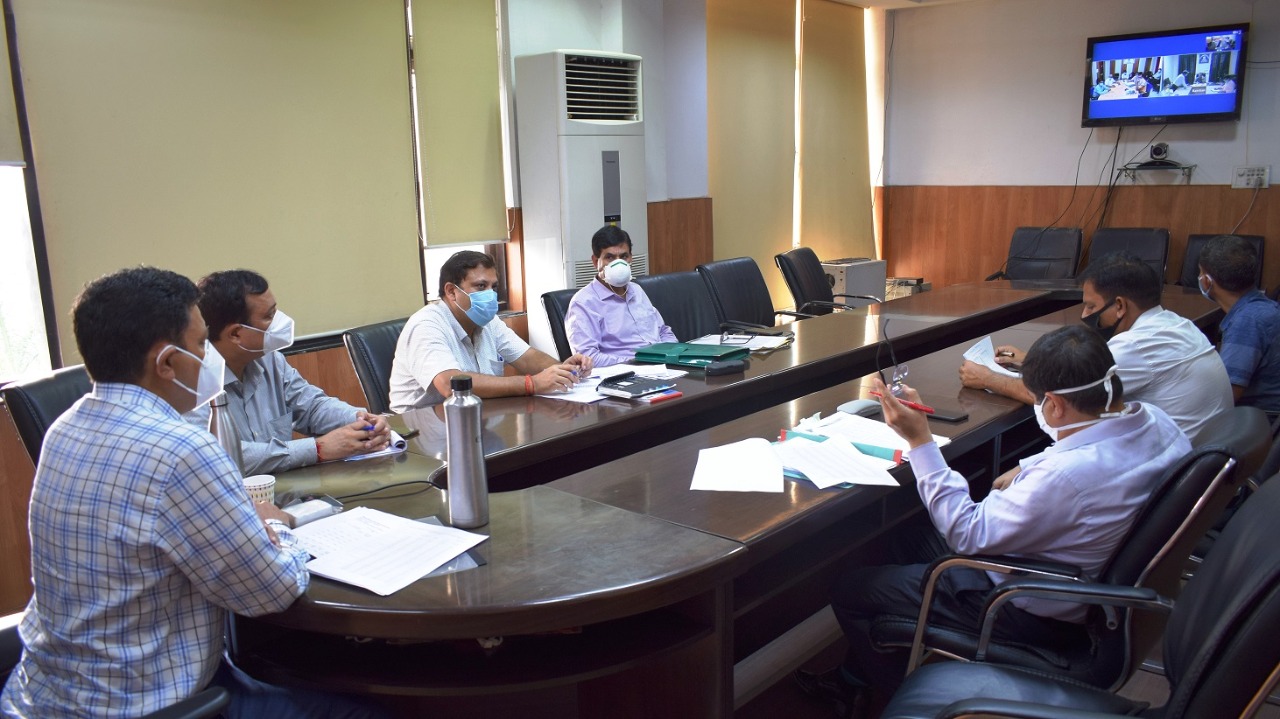 Normal yield in most of areas, no drought like situation in any district

Divisional Commissioner Jammu, Sanjeev Verma, today chaired a meeting of Deputy Commissioners to review the situation of standing Agriculture and Horticulture crops in the districts of the Jammu division.
The Divisional Commissioner reviewed the situation of each district and the concerned Deputy Commissioners apprised him about the situation of different crops in their respective districts.
It was informed that over all standing crops (Agriculture and Horticulture) are healthy in the districts, even as there are reports from a few areas about some impact on paddy and maize due to less rainfall, the monsoon.
The meeting was also informed that there is no drought like situation in any district. However, production may fall due to below average rainfall in some areas. “The production of fresh fruits like apples, pears etc. may fall this year due to less rainfall, the size of products are not as good as normal” the DC Doda informed.
DC Udhampur said that “The crop situation is normal in the district and horticulture crops have not shown any stress”.
Meanwhile, the Divisional Commissioner also reviewed the water supply situation in the districts. It was informed that there is a shortage of water in some hilly areas of the districts due to less rainfall.
“The water supply has been affected in some areas and the district administrations have pressed in water tankers to meet the shortage,” the meeting was told.
The Divisional Commissioner asked the DCs to formulate an action plan to meet the shortage so that the people may not face any inconvenience.
The meeting was attended by Additional Commissioner Jammu, Director Agriculture besides senior functionaries of Horticulture, Jal Shakti and other concerned while Deputy Commissioners along with other concerned officers of Jammu division participated in the meeting through video conferencing.