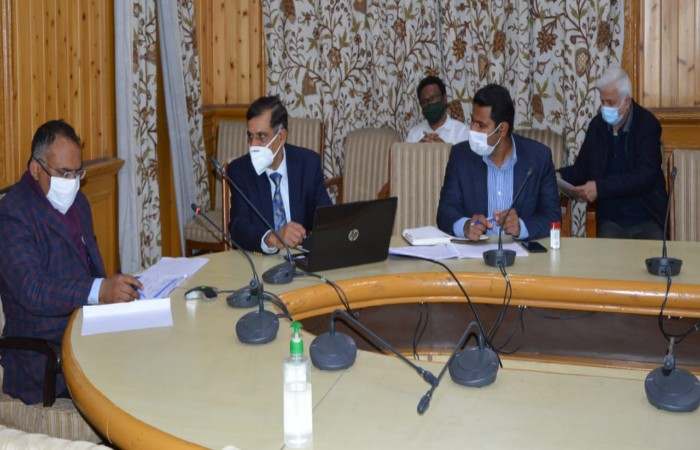 During the meeting, the Div Com stressed for a sustained drive to remove all illegal encroachments including all illegal barbeque stalls from Boulevard and Foreshore road alongside the Dal.

The Div Com directed a joint team of concerned departments is constituted to carry out a sustained drive against these illegal stalls causing traffic jams and other nuisance alongside Dal banks.

He also directed the concerned to speed up beautification work inside Dal and catchment areas and submit a detailed action taken report on preservation, beautification and other related works executed and plans of works to be executed during current year. The Div Com directed concerned to ensure no unauthorized work is carried out and CCTV cameras are installed at all designated locations to keep check on illegal construction.