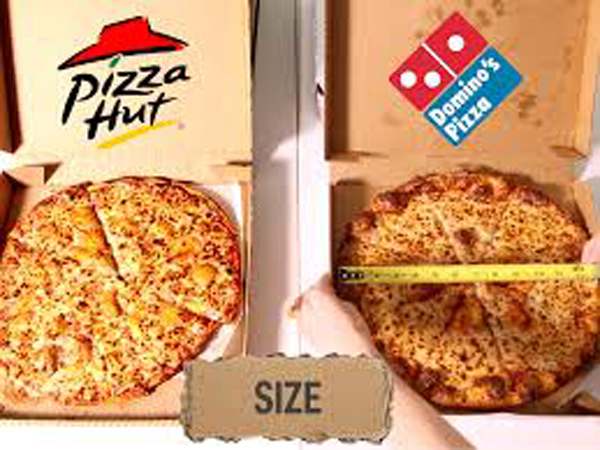 Domino’s and Pizza Hut were today booked by Legal Metrology department for overcharging on sale of  soft drinks and  issued notice for unfair trade practices .

Acting on the complaints of consumers for being overcharged on the sale of soft drinks, two teams of officers of Legal Metrology comprising Asstt Controllers Kewal Krishan and Pushakar Raj inspected different eateries of fast food in Jammu city area and conducted extensive checking on the practices adopted to restrict the consumers choice .The team checked the rates printed on the menu and verified it with bills.

The team found that Dominos was selling Coca Cola with own marked MRP of Rs 60 for 600ml and Rs 45 for 400ml, whereas the same product of same company with same quantity and quality is available at much lower MRP of Rs 45 and Rs 25 respective in the market.

The said chain of eatery has tied up with Coca cola to sell only its products to the consumers marked with higher MRP, this amounts to unfair and restrictive trade practice and recent judgement of National consumer dispute redressal commission has also termed this marking of  dual MRP against the interest of consumers.

The judgement also stated that “Money is a well of bottomless sea, where, honour, consciousness and truth may be drowned”  and directed that action be taken to protect consumers interest .

The pizza too were sold to the consumers with non standard units like big. Medium and small , consumers are unable to know the exact weight , size or the quantity of the products he has paid for.

The case was registered by Inspector Pooja  under relevant law for overcharging , use of non standard units .

The other team found that Pizza Hut too was indulging in the same deceptive practices. The said eatery too has tied up with Pepsi Company to sell their product marked with inflated MRP. Red bull bottle too was being sold at Rs 145 whereas same product is available in the open market at Rs 110.

The case was registered  and sale of such deceptive products was stopped with issuance of memo to the management of the companies.