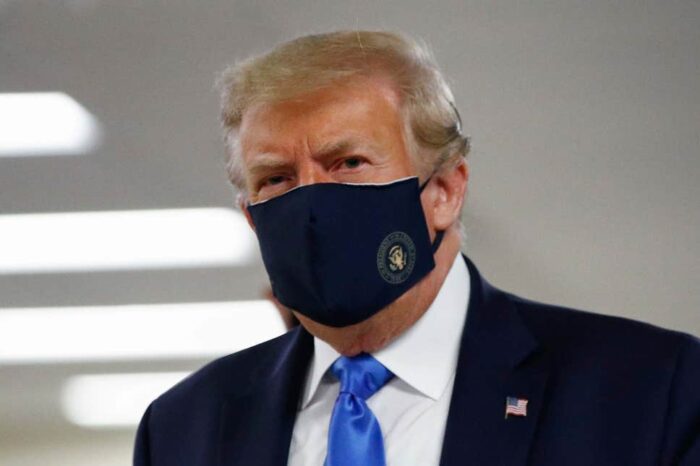 Hope Hicks, a top adviser to President Donald Trump, has tested positive for the coronavirus and is experiencing symptoms, a source familiar with the matter said on Thursday.

Hicks travels regularly with the president on Air Force One and, along with other senior aides, accompanied him to Ohio for the presidential debate on Tuesday and to Minnesota for a campaign event on Wednesday.

Trump has come under sharp criticism for his response to the coronavirus pandemic, which has killed more than 200,000 people in the United States alone. The president has touted his management of the crisis.

He and his staff regularly do not wear masks, and Trump has denigrated people who wear them regularly. Health professionals say mask-wearing is one of the key things people can do to help prevent the spread of the virus.

Trump and his aides regularly get tested for the virus. But testing does not make someone immune.

The White House said in a statement that Trump “takes the health and safety of himself and everyone who works in support of him and the American people very seriously” and that it followed guidelines for limiting COVID-19 exposure to the greatest extent possible.

Bloomberg News first reported that Hicks had tested positive for the virus.

Hicks returned to the White House earlier this year after a stint in the private sector. She served previously as White House communications director and as a spokeswoman for Trump’s 2016 presidential campaign.