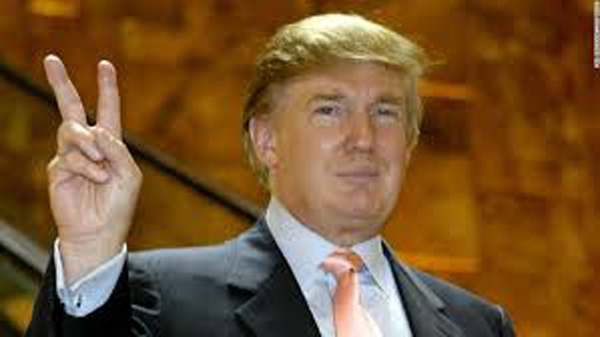 President Donald Trump . It sounds quite odd to many across the world for a majority had not expected Donald Trump to win the election that was marred by a massive divisive campaign in  the history of the American elections.

But , this is the new reality of  America.  Doomsayers have become hyper-active in judging  Trump  as President  on the basis of what he had  stated in the dust and fury of campaign, making the US out of bounds for Muslims, scrapping of Iran nuclear deal , and intimidating immigrants.

There was  an odious  smell of bitterness during the debates he had had with his rival Hillary Clinton of the  Democratic Party . He stood his ground of fighting the election , defying all the calls by the Republican establishment, angered by his utterances, to step aside .  Now that’s history as Donald Trump a billionaire has    a date with January 20, 2017  to be sworn-in as President of  the oldest democracy in the world, which wields  huge influence  all across the world- positive as also negative .

History  has been  a witness  to many turns and twists , when the irrational campaigners have  discharged them as responsible leaders . Trump cannot  escape the  responsibility that comes with the office which he is going to assume  on January 20, 2017.

It would be  interesting to know that how Trump would  act  in South Asia.  The region  housing the two volatile  and nuclear armed neighbors  India and Pakistan  and in the immediate neighborhood of  Afghanistan  which is  having  the civil  war like situation .  Pakistan is seen as  an epicenter of terrorism and India   claims to be  the worst victim of the worst affected  by the export of terrorism from Pakistan . Similar complaint has been made by Afghanistan and Bangladesh.

Trump would be judged by his words in the victory speech where he called for healing the divisions . It is expected his attitude will change once he starts dealing with the real world , which is different from the concept and perspective that  he held out during his campaign.