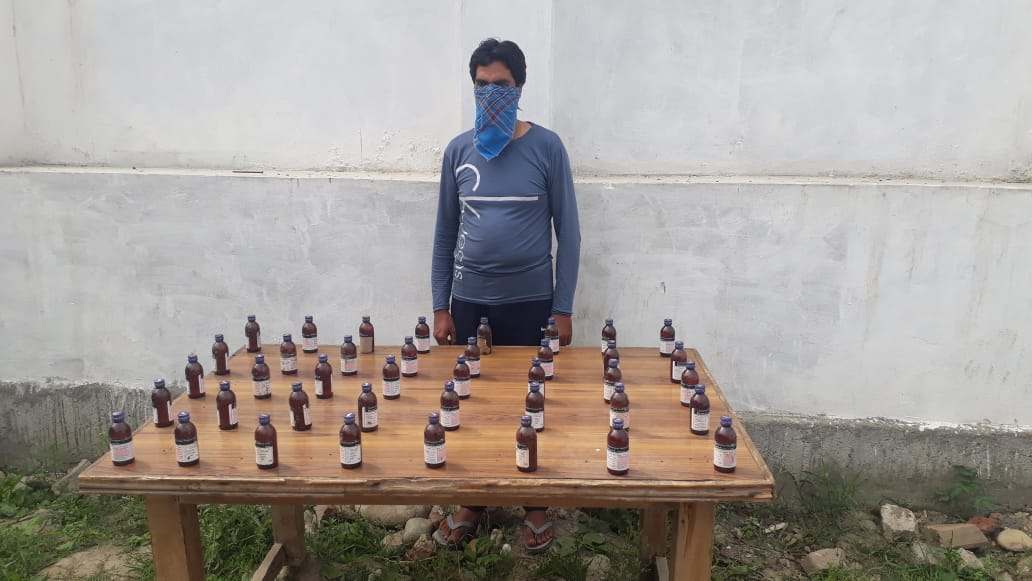 A person was observed moving around suspiciously. On seeing the Naka party, he tried to flee from the spot but was apprehended by the alert men on naka duty. He was identified as Fayaz Ahmad Bhat son of Ali Mohammed Bhat resident of Shipora, Bandnara, Magam. 40 bottles of banned Codeine Phosphate were recovered from his possession. He was taken into custody and contraband substance was seized.
In this regard, a case FIR No. 91/2018 under section 22 NDPS Act has been registered in Police Station Magam and investigation taken up.