Ever Given container ship stuck in Suez Canal ‘has turned’ but not afloat: Owner 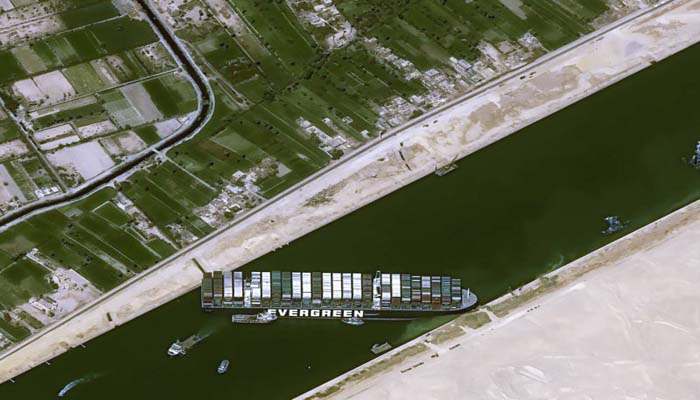 The massive container ship that blocked the Suez Canal for almost a week “has turned” but is not yet afloat, a spokesman for the vessel’s owner told AFP Monday.

The official from Shoei Kisen said the Ever Given was “stuck at an angle of 30 degrees towards the canal but that has eased,” adding that the ship “has turned” but it “is not afloat.”

“A total of 11 tug boats have been pulling Ever Given since this morning,” he added.

The spokesman, who declined to give his name, said there has been damage sustained by the ship on its bow when it got stuck “but no new damage has been reported.”