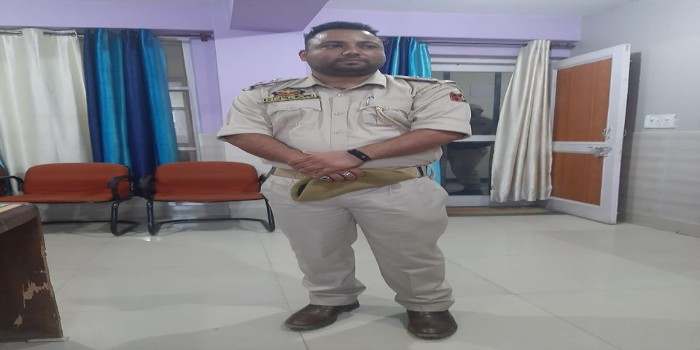 A youth was arrested by Doda police yesterday for impersonating as sub inspector of Jammu and Kashmir police.
He was identified as Neeraj Kumar, a resident of Badroon village, eight kilometers from district headquarters Doda.
He was working as fake SI for past few weeks and used to lay check posts in rural areas. His impersonation came to fore whe he entered Doda town and started visiting different police check posts.
“He was moving in rural areas and pretending to be a police sub inspector. People also started believing in him as his late father died while being in service. But his bluff came to an end yesterday when he entered Doda town and started visiting police check posts. He even managed traffic in a particular areas. While impersonating as SI he shot some videos and clicked picture and forwarded the same to his friends,” said a police officer.
During the questioning, he informed that he always wanted to be a police officer which drove him to impersonate as police SI.
Police has registered a case against him for missing the police uniform and impersonating as police officer.
Further investigation is on to acsertain whether he has taken money from people or not.