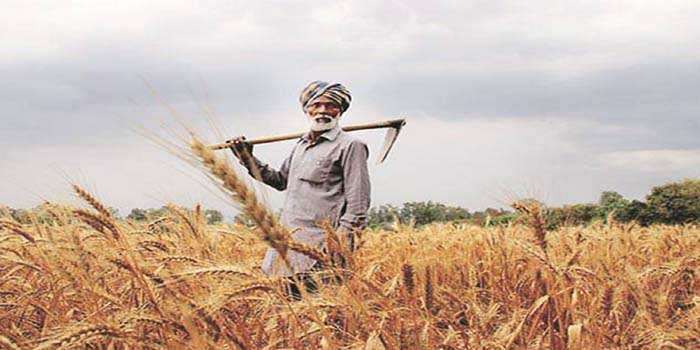 President of India Ramnath Kovind has given his assent to farm  bills passed by the Parliament last week. With these farmers across the country have got an instant access to  bigger markets and a great opportunity to sell their produce at the price they wish  after negotiating with multiple buyers.  This regulation  for the farming community in the country is going to be a spring board for their further progress and prosperity – this is natural  consequence when the avenues  expand .

Certain fundamentals are to be understood – what is the scene of agriculture in the country . There are big farmers , very few of them, and poor farmers , a lot many of them. The Agriculture  sector , meaning the farming community, has been exploited by one means or the other because their options were limited Rich farmers who doubled as “ Arthiyas” and bought  the produce at the Minimum Support Price ( MSP) fixed by the government. It was a good scheme . Its validity lay in the scheme that farers would get this much at least. True, but did farmers  get more than MSP . Perhaps not  because the middle-men or brokers ensured that farers get less of profit  while they could buy and sell at the price fixed by them.

The government through its farm bills has not dismantled the Mandi system nor the MSP. Instead it has facilitated a move where the farmers can now sell their produce  to others also. That is where they can negotiate their own prices  and earn greater profit that was earlier limited to  whatever they could get as per the MSP.  There also is an ugly truth that the big farmers used to but the farms before hand  and determine the price before the produce could reach “mandis” This exploitation had another dimension , quite often when farmers were hit by natural calamities or run out of money, they would turn to  Arthiyas  for loan . That would spell double-disaster for them.

Now by virtue of  the new farm bills, there  would be an end to this exploitation . As a result, the exploiters  are unhappy. They are disappointed. In their frustration , they have started  opposing the reforms .

The Economist noted that the farmers  in India were  “ obliged to sell their harvest in designated wholesale markets and set minimum prices for a host  of staples. Instead of  protecting  farmers from the depredations  of capitalism, however , these policies have exposed them to new forms of exploitation .’

“The 7,000-odd wholesale markets, for instance, gradually fell under the sway of a class of middlemen—often themselves rich farmers—who fix the terms of sale, create cartels to manipulate supply and often serve as moneylenders, “ the journal said .

It is this exploitation that the Modi government has ended once and for all.