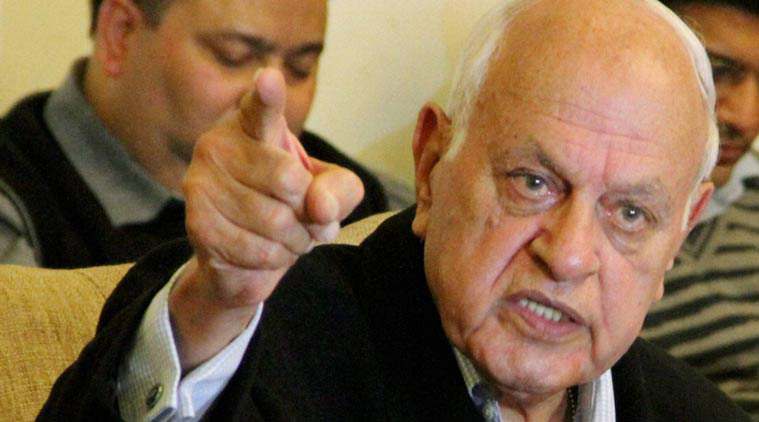 He said that the Election Commission has failed Jammu and Kashmir by cancelling the assembly poll in the valley despite a lot of security deployment in the valley.

Jammu and Kashmir National Conference chairman Farooq Abdullah on Monday said he will contest the Lok Sabha elections this year, but expressed his disappointment with Election Commission’s decision of not holding assembly elections in the state along with the general elections.

While expressing his disappointment with the decision, Farooq Abdullah termed the Modi government at the Centre “a national failure.”

He said that the Election Commission has failed Jammu and Kashmir by cancelling the assembly poll despite a lot of security deployment in the valley.

He said: “we are hugely disappointed by the decision despite having so much security deployment in the valley. EC has failed Kashmir”.

“Are they trying to rig polls by doing this?” Abdullah said. “We were ready for the polls (state assembly)”.

“Environment is conducive for Lok Sabha polls but not state polls in Jammu and Kashmir?” he questioned.

“Local body polls were held peacefully, there are enough forces present, then why can’t state elections be held?” the former CM of the state said.

About general elections he said: “We will fight Lok Sabha elections in the valley”.

The election Commission on Sunday announced the date for Lok Sabha election in Jammu and Kashmir. However, elections for the Jammu and Kashmir Assembly, which was dissolved after the ruling coalition between the BJP and the PDP fell apart, will not be held along with the general elections.