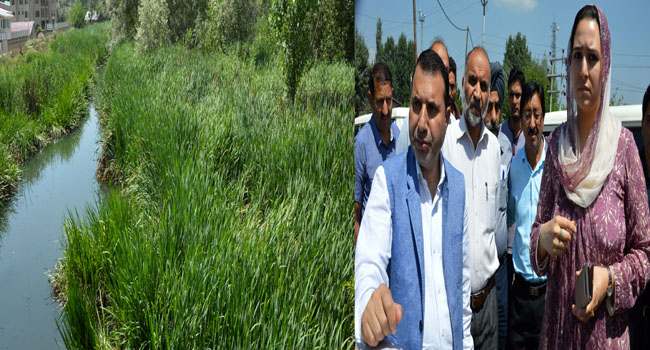 The 10 KM long flood diversion channel starts from Machewa, Bag-e-Mehtab and traverses via Rawalpora, Peerbagh, Nadirgund, Narkara wetland, Bemina and connects with the main Flood Spill Channel (FSC) on the outskirts of the city.

The Secretary directed the concerned officers to prepare Detailed Project Reports (DPR) within seven days for desilting/dredging of diversion channel across Narkara Wetland and accordingly expedite the dredging on war footing basis so that the carrying capacity of the channel is increased.

Shah, further, directed the officers to take into confidence revenue officials before preparing the DPR for the channel which falls in twin districts of Srinagar and Budgam. He said that this will avoid any possible land dispute situation in the future.

Shah also directed the officers to keep the additional number of JCB’s available in the area to meet out the exigencies in case of any eventuality.