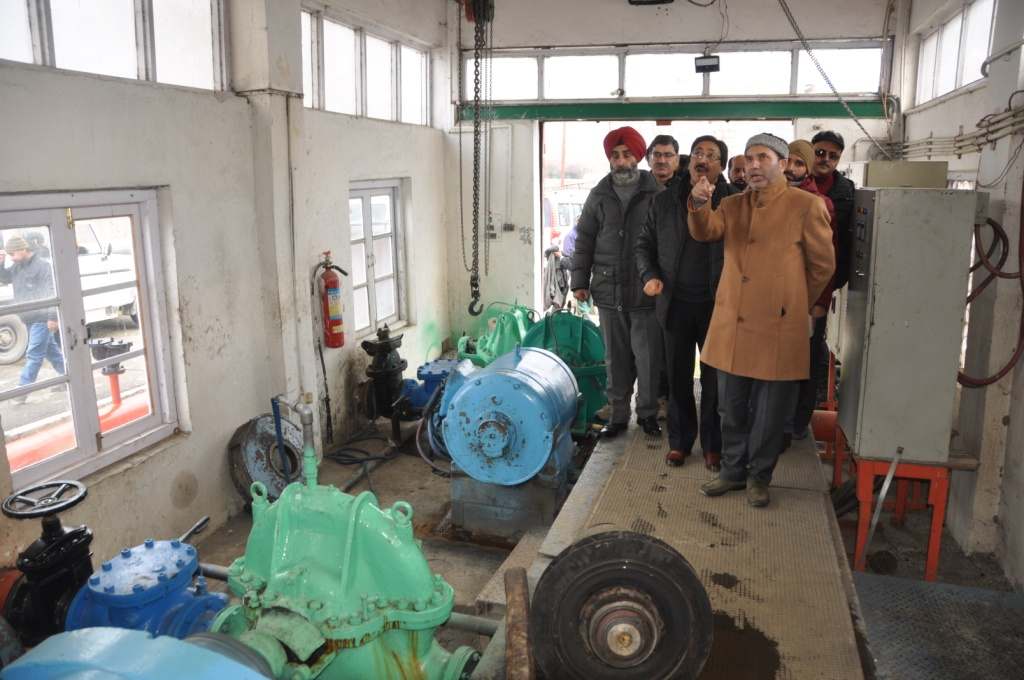 Secretary, Public Health and Engineering, Irrigation and Flood Control, Farooq Ahmad Shah today reviewed the progress and operation of various Water Supply Schemes (WSS) in the valley, here at a meeting.
The meeting was attended by Chief Engineer PHE Kashmir, Abdul Wahid, Superintending Engineers Civil of South, North and Kupwara, Superintending Engineers Mechanical South and North, all Executive Engineers of civil, mechanical and ground water divisions.
The Secretary directed the concerned officials to complete the languishing schemes before October, 2019, so that every village shall have drinking water within one year.
The meeting was informed that 314 languishing water supply schemes are under execution at an estimated cost of Rs 580 cr under the special programme for completion of languishing projects. It was further informed that of these, 80 schemes shall be completed by the end of March 2019 at an expenditure of about Rs 125 crore.
The meeting was also apprised that 585 schemes disrupted due to the freezing of pipes, snow and slides have been fully restored. Besides, 350 DG sets were also put to operation to run WSSs, where electricity was not available due to snowfall.
In addition to it, 100 water tankers were deployed to supply drinking water to affected habitations. The meeting was further informed that Divisional/Sub- Divisional control rooms are operating 24/7 to handle any contingency.
Later, the Secretary visited the Dal-Bund water lifting station to assess its operation and directed officials to maintain the regular supply for the catchment area.