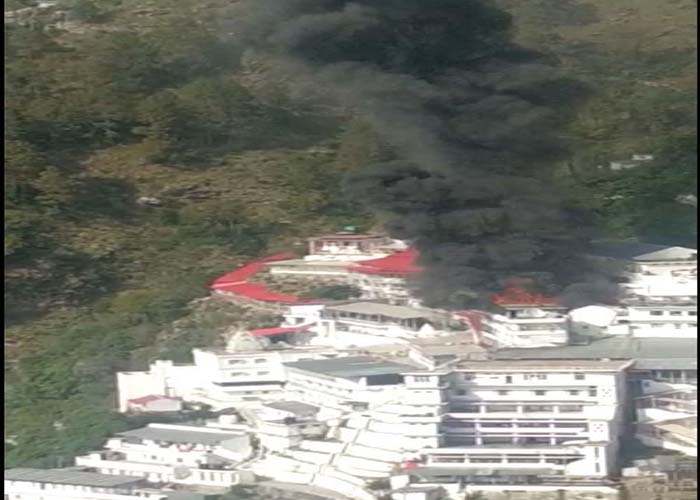 A major fire broke out in the premises of Bhawan of   Shri Mata Vaishno Devi Shrine  nestled in the  Trikuta hills of Shivalik Range about  60 kms north of Jammu on Tuesday afternoon .

The fire broke out outside room No 4 of the  Bhawan  and spread fast because of the high winds, but it was brought under control by policemen and employees of  Shri Mata Vaishno  Devi  shrine Board that manages affairs of the shrine and the pilgrimage .

According to Shalindera Singh, SSP Reasi , the fire was brought under control by the policemen  posted at Bhawan  along with the shrine board employees.

This is first incident of its kind in the Shrine complex.