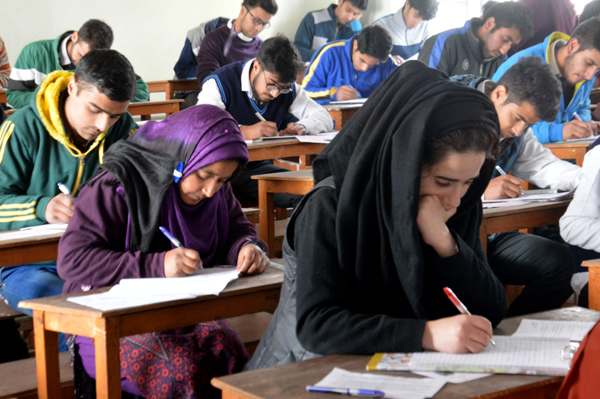 The schools in Kashmir valley opened their gates for a first time in past four months allowing thousands of students to sit in the annual Class XII board examination that began on Monday.

Nearly 50000 students appeared for the exam at 484 centres located across Kashmir valley. There was no untoward incident reported so far during the exam day as security forces were deployed in strength around the exam centres.

The Class X examination is now set to begin on Tuesday. 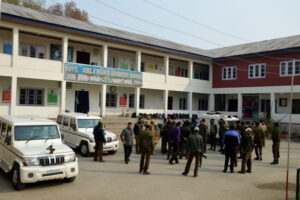 A total of 1.05 lakh students, nearly 90 percent of the total roll, are appearing in the exam for the two classes in the region that will continue end in the first week of December.

Naeem Akhtar, the state’s Education Minister, earlier in the morning made an appeal for contribution “to make it easier for the children to reach the exam centres”. “Best contribution would be for those using cars or bikes to offer lift to children,” the minister wrote on Facebook.

The exam is being conducted in the shadow of a long unrest, sparked by the killing of militant commander Burhan Wani on July 8. The schools across all districts of Kashmir valley have remained closed for the past four month since unrest began, causing loss of several months of academic activity to thousands of students.

Even as unrest has got reduced to shutdown, the public transport continues to remain off the roads.

Many parents, accompanying their children to exam centres, expressed concern at the problem of lack of transport and appealed to the government to address the issue.

The conduct of examination had become the focus of politicking as separatists and opposition groups had demanded that it be postponed to March. The state government, however, remained adamant on conducting it on schedule. 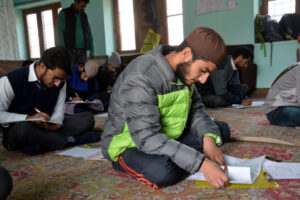 The politicisation of education also led to attacks on school infrastructure as unidentified arsonists set ablaze more than 30 schools across Kashmir valley.

In wake of the existing threat, the police had made detailed planning for “smooth conduct” of the exam in the region. “The endeavour of the police is to ensure incident free conduct of examinations,” Special DGP S P Vaid had told a high meeting of police and education officers last week.