Tehreek-e-Hurriyat Chief Ashraf Serai Passes away due to Covid 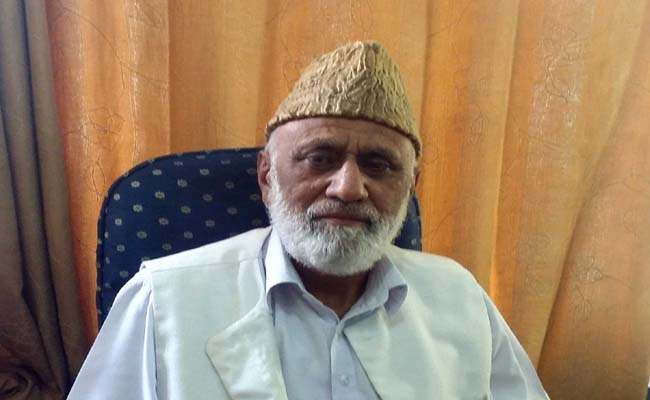 J K News Today
Jammu, May 5 : Tehreek-e-Hurriyat Chairman Ashraf Sehrai passed away in Government Medical College due to Covid -19 Jammu on Wednesday.
He was shifted to Jammu on the advice of the doctors in Udhampur prison where he was lodged since his arrest last year .
Ashraf Sehrai was made chairman of Tehreek-e-Hurriyat after Syed Ali Shah Geelani had stepped down from the position of the pro-Pakistan separatist group in Kashmir, which had launched a “ jihadi” movement against the Indian state in Kashmir.
The sources said that his body would be handed over to his family after all the legal formalities.
Sehrai’s s son was on his way from Srinagar to Jammu.
Seharai, once a close associate of Geelani had fallen apart from his mentor and later established himself as a parallel power centre within the Hurriyat Conference faction of Geelani group . The differences had arisen following the succession war between Geelani’s son and Sehrai.
Tehreek-e-Hurriyat leader’s son Junaid Sehrai had joined Hizb-ul-Mujahadeen. He was killed in an encounter in Srinagar last year.
Sehrai’s death would deny separatists a rallying point , as Geelani is already ailing .