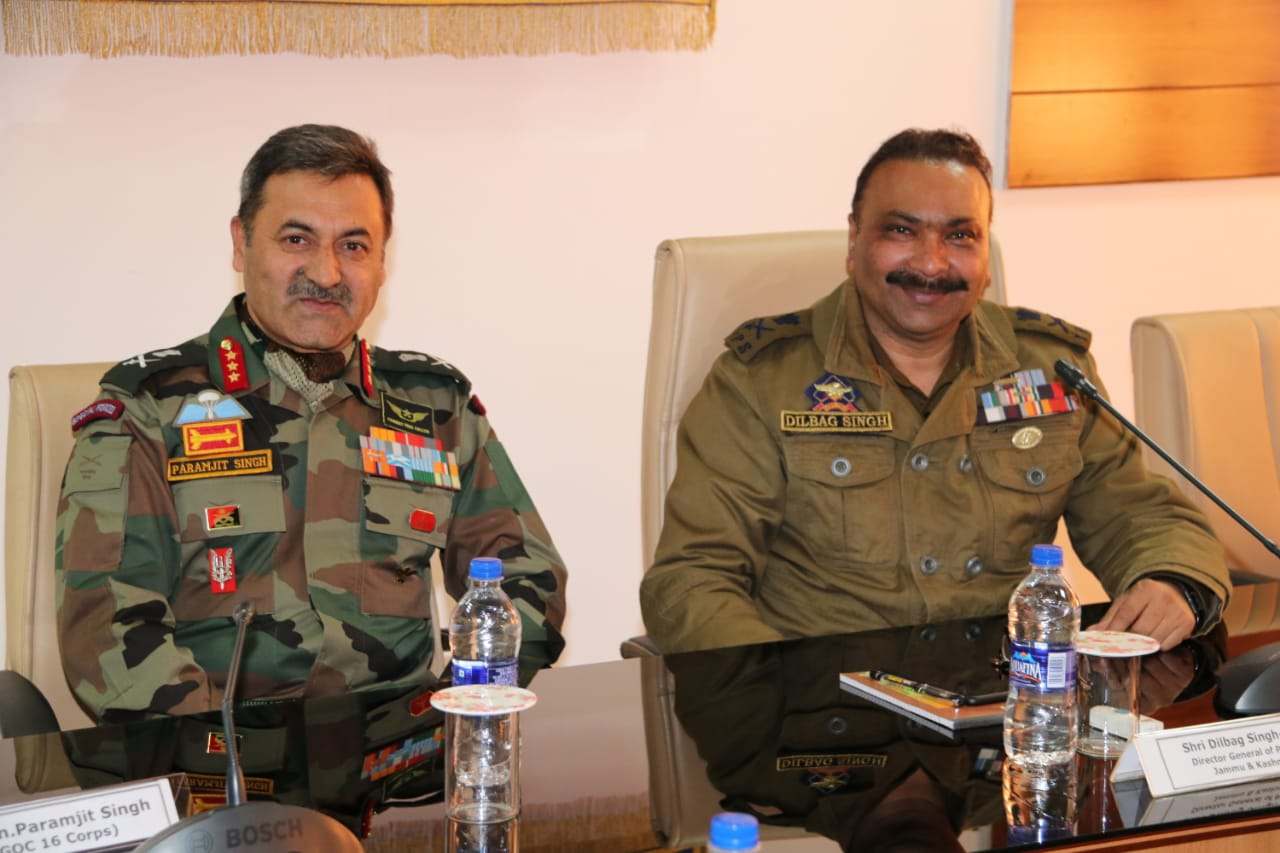 A group of officers from Foreign Armed Forces and Civil Services on National Security and Strategic Studies tour to the State today visited Police Headquarters, Jammu and called on the Director General of Police, J&K.

During their visit to PHQ a special interactive meet was held in which the visiting officers from different foreign countries and the top officers of the army & J&K Police took part.

Speaking on this occasion DGP J&K Shri Dilbag Singh said that the Pakistan after launching and promoting a proxy war in the State is using the social media for radicalization and undertaking disinformation campaigns against our country. He said that by cooking false stories it is trying to entice the young minds of the State into terrorist activities by radicalizing them. He said that different terrorist organizations have been working in tandem on the behest of Pakistan.By this it is continuously abetting and sustaining the terrorism in our state.

AIG (Prov. & Tpt.) PHQ Shri Mubassir Latifi gave a power point presentation regarding the J&K Police, its functioning and its fight against the militancy as also maintenance of peace and order in the State over the years.

The presentation was followed by a lively question answer session. Senior Army and Police officers highlighted the measures taken by the Police and security forces to keep a tab on radicalization and check on activities of terrorists in the State and thereby enhancing the overall security of the J&K State.