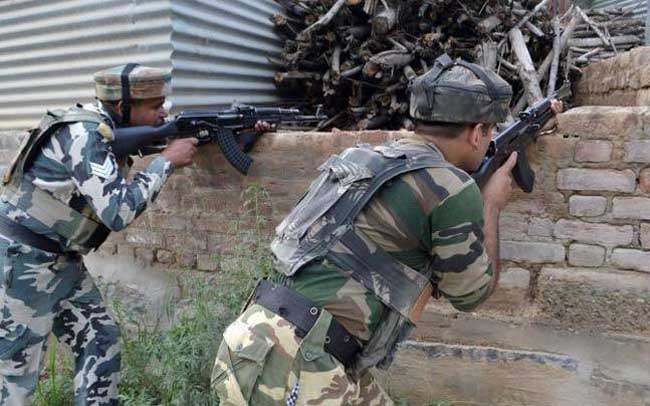 Two terrorists , including a foreigner were killed in an encounter with the security forces in Nathipora, Sopore on Tuesday evening .
One of the terrorists was involved in the killing of two councilors of Sopore Municipal council few weeks ago.
The encounter was launched by Jammu and Kashmir police and security forces after receiving inputs about their presence in the area.