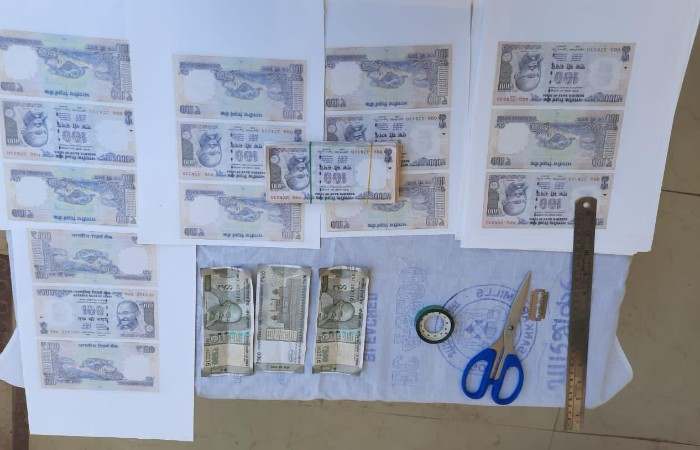 A complaint was lodged in PP Talab Tillo by one person(pan shop owner) that two boys on motorcycle came to his shop and purchased a cigarette packet against a fake note of Rs. 500 of Indian currency, on inquiring about the fake currency boys fled away.

On this special team of PP Talab Tillo were constituted.The team led by I/C PP Talab Tillo Inspr. Kali Charan connected the various leads and finally with the help of CCTV footages and other technical aids arrested the two accused namely

It is pertinent to mention that the design was made in the laptop of the main accused person namely Vipin Pandita and printouts of notes were  made at Zodiac studio. Also, Vipan Pandita was working on installing specialized printers to print counterfeit Indian currency on large scale. The overall arrest and recovery in the case was made under the supervision of Dy.SP Hqrs. Swati Sharma.

Further investigation of the case is going on.