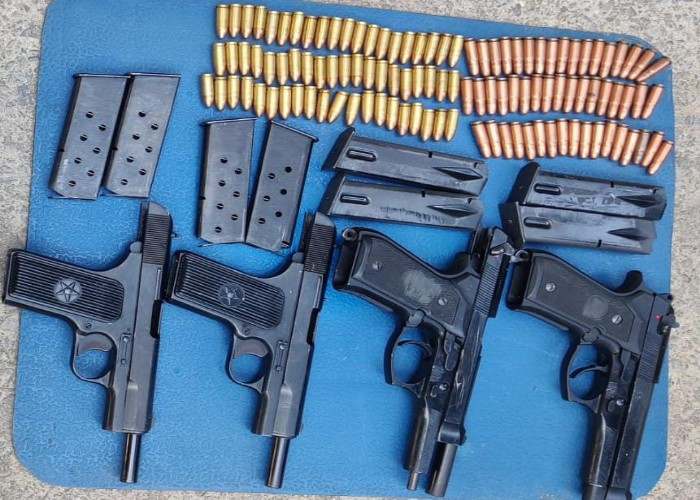 An official told the that a search operation was launched in Telangam village during which four pistols and other ammunition were recovered from the spot.

He said that the operation was jointly launched by the Army and the police. “Further probe in the matter is underway,” the official said.